The decision was taken despite the finance department's objections to the proposal of providing additional Rs 1,000 to these women, said Narottam Mishra. 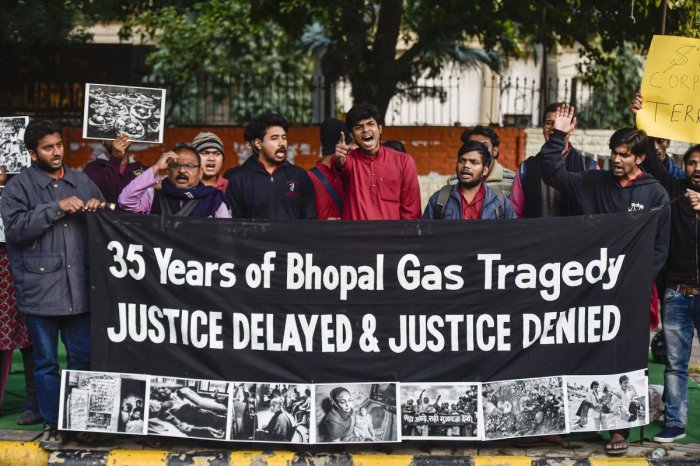 State Home Minister of the Madhya Pradesh cabinet Narottam Mishra , on Tuesday announced  roll out of an additional pension of Rs 1,000 per month for widows of the Bhopal gas tragedy victims.

After the cabinet meeting, Mishra, who is also the government's spokesperson, told reporters, "This is in addition to the social security pension for the surviving widows of the Bhopal gas leak victims,"

The decision was taken despite the finance department's objections to the proposal of providing additional Rs 1,000 to these women, he said.
Mishra said the previous Kamal Nath-led Congress government had stopped the additional pension in 2019.

He said the earlier BJP government started this pension in 2013 and now, the present ruling dispensation decided to resume it.

Welcoming the decision, Rachna Dhingra of NGO Bhopal Group for Information and Action said, “Several announcements have been made in the last one year, but these widows are yet to receive a single rupee into their account.”

She claimed the widows of the gas leak victims have not received their pension since December 2019, and said the arrears need to be paid immediately.

Dhingra also said there is no clarity in the Gas Relief Department's policy due to lack of understanding on the needs of the Bhopal gas tragedy victims.

Over 15,000 people were killed after methyl isocyanate leaked on the intervening night of December 2-3, 1984 from the pesticide plant of Union Carbide India Limited, then located on the outskirts of the state capital Bhopal.

More than five lakh people were affected due to the toxic leak.