'There is discontent within RSS over Modi's style of functioning. RSS is not happy with him as he is not taking the Sangh in consideration while taking decisions. In the recent cabinet reshuffle, he inducted four former bureaucrats' 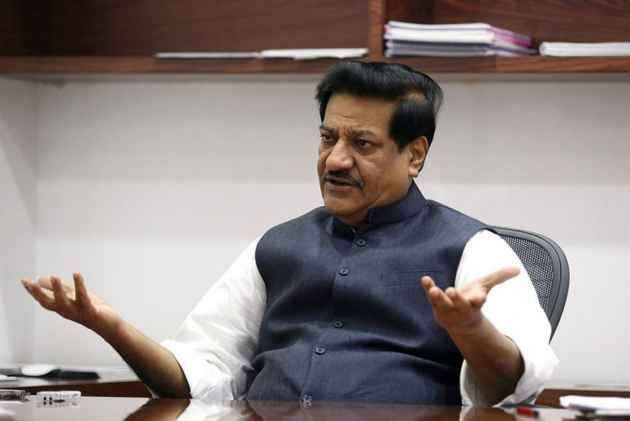 Former Maharashtra chief minister and senior Congress leader Prithviraj Chavan today criticised Prime Minister Narendra Modi's style of functioning, and claimed that even the RSS is not happy with him.

During a public interview organised by Maharashtra Media here, Chavan was asked about his recent statement that the Sangh was not happy as Modi did not induct two `RSS men' in the cabinet.

"There is discontent within RSS over Modi's style of functioning. RSS is not happy with him as he is not taking the Sangh in consideration while taking decisions. In the recent cabinet reshuffle, he inducted four former bureaucrats," Chavan said.

It is evident that Modi does not have capable leaders, he said, adding that Sushma Swaraj should have been given the defence portfolio.

Suresh Prabhu was removed as the railway minister not because of accidents but because "he was opposing the bullet train project," the Congress leader claimed.

Calling the Mumbai-Ahmedabad bullet train project as disastrous as demonetisation, Chavan appealed the Maharashtra government not to yield to the Centre's pressure to give land in the Bandra Kurla Complex in Mumbai for the project.

About NCP chief Sharad Pawar's recent statement that all like-minded parties should unite against the BJP, Chavan said he agreed with Pawar.

Congress can not put up a strong fight against the BJP alone in the current situation, he said.

Chavan also said had he kept the home portfolio with himself when he was chief minister "there would have been a qualitative change". Home portfolio was with Congress' ally NCP for much of the time during Congress-led regime.