Noble laureate Kailash Satyarthi stressed that women are grappling with fear, threat and insecurity which is a grave disrespect towards Bharat Mata. 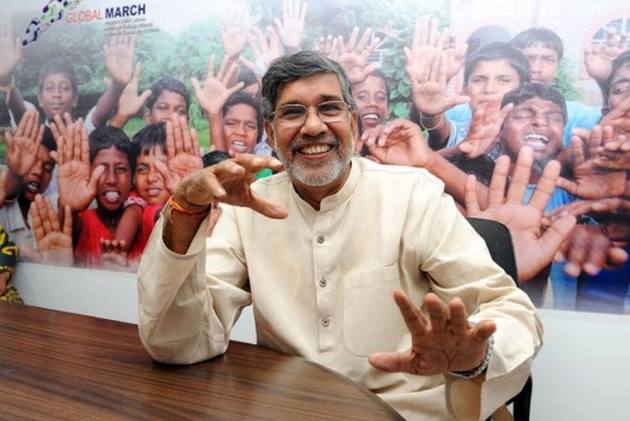 Noble laureate Kailash Satyarthi on Thursday suggested that the wide-spread RSS shakhas (branches) in almost all villages of the country, can serve as a firewall to protect children, especially girls.

Stressing that women today are grappling with fear, threat and insecurity at home, workplace, localities and public places, Satyarthi said it was a "grave disrespect towards Bharat Mata".

"Youth from Rashtriya Swayamsevak Sangh (RSS) can take the lead on this path for saving the present and future of our motherland," Satyarthi who was invited by the RSS as the chief guest at its annual Vijaydashmi celebrations at its headquarters said.

"If the shakhas (branches) of the sangh situated in almost all villages across the length and breadth of India serve as a firewall to protect this generation of children, then all the generations to come will become self-sufficient in protecting themselves,” Satyarthi added.

The child rights activist also expressed concern over the recent incidents where those responsible of protecting children, especially girls were found guilty of raping, murdering and selling them.

"Those who are entrusted with the responsibility of running shelter homes for girls are raping and murdering them," Satyarthi said at the gathering, speaking in length about the issues confronting poor children in the country especially girls.

“The custodians of child welfare and protection are selling children. Girls stop attending school fearing harassment and eve-teasing and we, out of fear remain quiet seeing all of this happening right in front of our eyes,” he added.

Talking about importance of empathy in the country he noted that no respectable society can be built without compassion.

Compassionless politics, economy and society are much like a body without the soul, he said.