Centre will meet the trade unions, representative of state and employers to find a consensus on the long-pending overhaul of the Factories Act of 1948 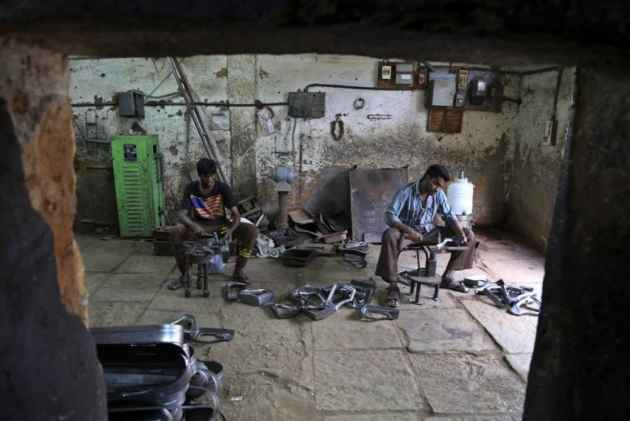 The tripartite meeting by the Labour ministry to find a consensus on the proposed amendments to the Factories Act is likely be stormy with major trade unions rolling up their sleeves for the meeting on Wednesday evening.

The country’s largest trade union, RSS-affiliated Bharatiya Mazdoor Sangh -- a party to the meeting – says the amendments will shield erring companies, recreate a Bhopal-like tragedy in every town, remove safety net of the employees and promote jungle raj.

The Centre will meet the trade unions, representative of state governments and employers to find a consensus in the long-pending overhaul of the Factories Act of 1948.

One of the contentious proposals is to allow entrepreneurs to set up factory before getting the necessary licences. Anybody could set up a factory by applying on a web-based portal. If the approval doesn’t come within the stipulated timeframe, the applicant could deem his application has been approved, said BMS President Saji Narayanan.

“The Amendment proposes to let factories to work without any licence, flouting established laws including environmental laws. Illegal units will mushroom everywhere in the country,” he said.

Unions fear that the process of self-certification and nixing the need for a licence will free employers of any regulatory control, and endanger the health and safety of workers.

The amendments, if passed, will also end surprise inspections of factories because the inspector first has to take permission from his bosses and inform the factory owners ahead of inspection.

“Curtailing surprise inspection violates the International Labour Organisation rules in force in India,” says the draft of the objections discussed by the BMS on the Factories (Amendment) Bill.

The unions and the centre is also expected to haggle over threshold limit, one of the defining characters of a factory . BMS wants the threshold limit -- the number over which a unit will be considered a factory -- gone.

The amendment proposes to give state governments the power to increase threshold limit to 40, which will take 80% of factories outside the purview of safety and other aspects of Factories Act, said Narayanan. “The factories law should be applicable irrespective of number of workers.”

“Factories and manufacturing units which were running with 100 workers 40 years ago can now run with less than 10 workers due to increased automation,” said Narayanan.

“That is why most of the factories operating in India are having workers less than 40 workers. Many of the major industries are functioning with small factories in the name of out sourcing or splitting up various departments as separate factories,” he said.

The BMS has also objected to the proposed act that exonerates factory owners from any liability and holds the manager, an employee, responsible.

The trade union is also likely to propose several measures to balance “ease of living” along with ease of doing business. They may suggest that the Factories Act amendment include the modern concept of flexible working hours of the choice of the workers along with reduced working hours.

“Due to mechanisation, the production which a worker was making 100 years ago can now be made within 1/20th of the time or less. Machines are to assist humans in reducing the work load and working hours, and not merely to skyrocket the profits of employers. So the present working time per worker has to be decreased to 6 hours or less,” BMS draft objections said.

“This will also facilitate providing employment to more people. Japanese experience is worth mentioning. When there was employment crisis, they reduced the working time in existing factories so that the work will be distributed to more new workers.”