Same-Sex Marriage Is Against Norms Of Nature, Says RSS

The judgement is being hailed as historic in extending rights to the LGBTQ community and giving the right to live with dignity to the community members. 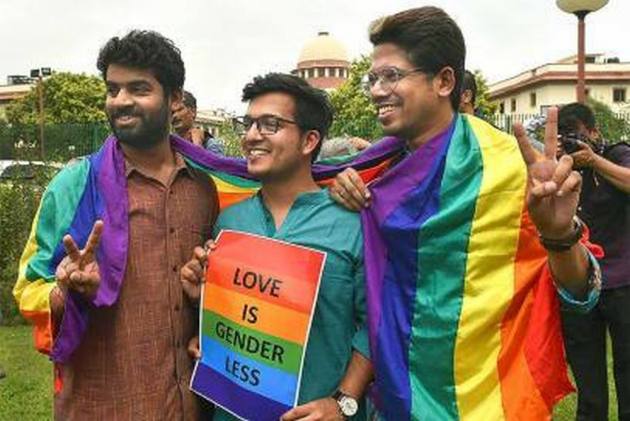 A five-judge Constitution bench of the Supreme Court on Thursday unanimously decriminalised part of the 158-year-old colonial law under Section 377 of the Indian Penal Code (IPC) which criminalises homosexuality.

The judgement is being hailed as historic in extending rights to the LGBTQ community and giving the right to live with dignity to the community members.

The decision of the Supreme Court has garnered reactions from many quarters, from United Nations to the Rashtriya Swayamsevak Sangh (RSS).

The RSS in a statement said "Like Supreme Court, we also do not consider it to be a crime. The same-sex marriages are not compatible with norms of the Nature, so we do not support such relations. Human beings generally learn from experiences, that is why this issue needs to be taken care of at the social and psychological level"

The United Nations (UN) in India welcomed Thursday's landmark ruling by the Supreme Court of India that decriminalised gay sex.

"The UN in India sincerely hopes that the court's ruling will be the first step towards guaranteeing the full range of fundamental rights to LGBTI persons. We also hope that the judgment will boost efforts to eliminate stigma and discrimination against LGBTI persons in all areas of social, economic, cultural and political activity, thereby ensuring a truly inclusive society," read the statement.

"The focus must now be on ensuring access to justice, including remedy; effective investigations of acts of violence and discrimination; and effective access to economic, social and cultural rights," it added.

"We join the people of India & the LGBTQIA+ community in their victory over prejudice. We welcome the progressive & decisive verdict from the Supreme Court & hope this is the beginning of a more equal & inclusive society," it said, adding intersex and asexuality to LGBTQ.

Expressing his happiness, senior Congress leader Shashi Tharoor said the judgement "shamed" BJP MPs who had opposed him on the issue in the Lok Sabha.

"So pleased to learn that the SupremeCourt has ruled against criminalising sexual acts in private. This decision vindicates my stand on Section 377& on exactly the same grounds of privacy, dignity &constitutional freedoms. It shames those BJP MPs who vociferously opposed me in LS," he tweeted.