Rupee Hits Record Low Of 70 To US Dollar: The Worst Is Not Over Yet

Markets witnessed the rupee breach Rs 70 to a dollar level to reach Rs. 70.08. Given the global uncertainties on multiple fronts, the worst is not over yet. 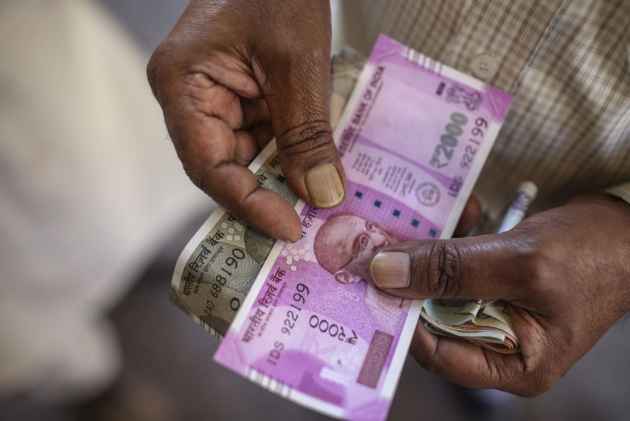 The US and China protectionist trade war followed by rising tensions between the US and Turkey leading to a currency crisis and the lira tumbling steeply have had a contagion effect on the Indian rupee. Continuing its slide over the last few days, markets witnessed the rupee breach Rs 70  to a dollar level to reach Rs. 70.08. Given the global uncertainties on multiple fronts, the worst is not over yet despite there being no catalyst from within the country.

“We have all been here before! (Remember Dubai, Cyprus, Greece, Italy….?) This is a classic risk-off phase in which fundamentals play a little role if any. Thus despite that fact  India’s is significantly better in terms of its vulnerability ratios, the run towards safe-haven assets (US and Japan treasuries in particular) in such an environment could lead to short-term and sometimes a deep sell-off in less vulnerable emerging markets assets too (something we witnessing today),” states Abheek Barua, Chief Economist, HDFC Bank, in a report about the spillover effect of the Turkish crisis.

Calling it the steepest fall since 3 September 2013,  economist Ajit Ranade on Twitter says “rupee cannot be immune from contagion so this fall is ok makes rupee competitive”.

Barua points out that the “meltdown in Turkey is unlikely to have a sustained negative impact on emerging markets currencies, especially less for countries with better external account profile.”

While the solution to Turkey’s problem could take time, the dust could settle and the contagion risks could be capped to vulnerable currencies only – mostly with high external debt ratios. While the USD/INR could go deeper into uncharted territory (and a brief foray into the 70 to the USD ballpark is difficult to rule out entirely) in such a volatile trading environment, we hold on to our September-end call of 68-69 and see the current weakness as a strategic trading opportunity, says Barua.

Vikram Murarka, chief currency strategist, Kshitij.com says Rs. 70.30 is the next level to be watched in the immediate future. If that can be contained, the rupee may remain below that but if it is breached, then the rupee may go up to 70.70 level or Rs.71.30 or even Rs.71.60.

“There is a 50 per cent chance that the rupee will breach above Rs. 70.30 mark. On the downside, we need to break below Rs.69.40 to say that the top is indeed in place,” says Murarka, who had earlier projected possibilities of the rupee breaching Rs.70 mark but towards the end of this year. “The fall has come ahead of expectation in terms of time but the levels ware not a surprise,” says Murarka.

With imports expected to become more costly due to the exchange rate, in the near future one can expect a higher oil import bill to translate into higher prices of petroleum products in the domestic market. This would have bearing on not just the common man but also logistics costs, making things more expensive. Just last month we witnessed truckers strike to protest the rising cost of fuel.

The challenge in front of the Reserve Bank of India would be to contain the inflationary impact of higher oil product prices. India’s current account deficit is also likely to rise further as import bills far surpass the export earnings as exports are still to keep pace with imports.

As the price of imported raw material or even semi-finished products rise, manufacturing costs are also expected to rise. This would have an impact on domestic prices too.