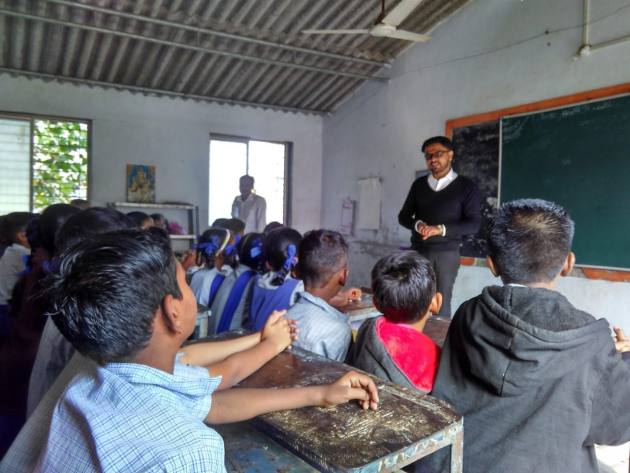 Mental Health Education, as seen in India has been part of the shunned and tabooed subjects. To talk about it is insignificant, but merely thinking about the subject would trickle chills into one’s body. We have come a long way from extreme patriarchy to rising feminism. And, as women speak up for their rights, people are coming out to seek therapy from professionals. Mental Health is being talked about in daily conversations, schools and up to a decent amount in homes.

World Mental Health Week is an opportunity to talk about regions far away from development in India. The rural population constitutes 68% of the Indian population. Due to lack of educational, human and technological resources, the population succumbs to previously believed notions that can categorise as harmful for the mental and physical well-being.

Practising psychologists from various metropolis have taken initiatives to educate the rural population regarding mental illnesses and disorders. It is an attempt to promote progressive thinking and diminish the societal walls that barricade individual growth and well-being.

“Mental health is one of the most neglected aspects of health and well-being,” says Aishwarya Sreenivasan, a Psychology graduate who works with NGOs in rural districts of Himachal Pradesh.

“Scores of people who have mild symptoms of anxiety and depression are not being addressed at all and only when they become evident is when they are rushed to hospitals.”

According to Sreenivasan, the government has lacked behind in providing mental health professionals in rural areas where 68% of the population lives.

Psychological disorders are treatable, but most importantly preventable. “Why do we wait for someone to commit suicide and then think about prevention?” asks Sreenivasan.

Healing ourselves in a metropolitan, fast-paced life would make it to the bottom of a tedious to-do list.  However, such to-do lists do not even exist in the lives of people living in rural areas.

“Skill development along with mental health awareness coming through education is the key to accelerating mental health awareness in rural spaces,” says Pragya Lodha, a practising clinical psychologist, psychotherapist and teacher, works with the MINDS Foundation. "The rural population follow the directions of doctors' treatments religiously. An alliance between mental health professionals and faith healers, where the two work in tandem are on a rise in rural areas,” said Lodha.

Swapnil Bhopi, a practising Clinical Psychologist has independently and through ‘Connecting…’, a Pune –based NGO facilitated in mental health development of rural India. Bhopi has worked extensively through small towns and rural Maharashtra. He has designed Awareness and Therapy sessions for de-addiction, hailstorm-affected areas, suicide prevention and superstitions. Bhopi has also aided mental health programs in slums, schools, colleges, hospitals and prisons.

“Apart from the programs I organise, it is important to have subjects in the syllabus that educate children at a school level and train teachers for the same,” said Bhopi. “Training Anganwadi Teachers, grassroots educators at pre-school levels for intellectual disabilities, autism and other such issues will foster tremendous benefits at a rural level.”

Although, the progress is slow and eradicating decades-old myths and superstitions is a grave challenge, with individuals and organisations working towards a single goal – prevention and eradication of mental illnesses – India will experience true development at rural and urban levels.