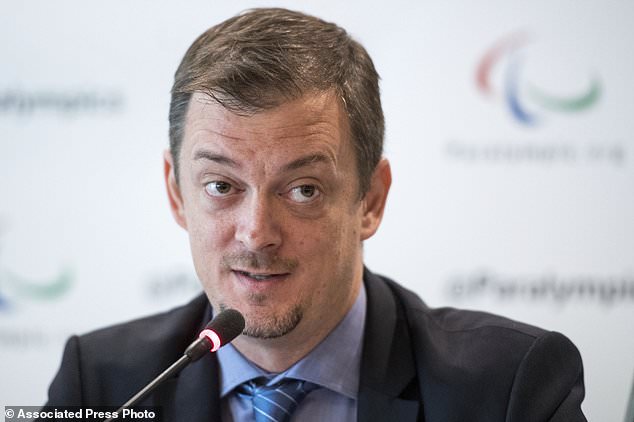 Russia's team will be suspended from the Paralympic Winter Games in Pyeongchang, but individual athletes will be allowed to compete under a neutral flag, the International Paralympics Committee said Monday.

The agreement is similar to that put in place to allow able-bodied Russian competitors to take part in next month's Winter Olympics that precede the Paralympics.

Russia was suspended by the IPC in August 2016 following revelations of widespread state-sponsored doping uncovered in a report by Richard McLaren on behalf of the World Anti-Doping Agency (WADA).

After a review, the IPC said in a statement Monday that "it is maintaining the suspension of the Russian Paralympic Committee (RPC)".

"However, in recognition of the progress made by the RPC in improving its anti-doping activities, it will allow eligible Russian Para athletes who meet strict conditions to compete in five sports under the name Neutral Paralympic Athlete (NPA)," it said.

Eligible Para athletes from Russia will be allowed to compete in alpine skiing, biathlon, cross-country skiing, snowboard and wheelchair curling at the Winter Paralympics in Pyeongchang on March 9-18, the IPC said at a meeting in the western German city of Bonn.

It said that two key criteria to end the wider suspension were still outstanding -- the full reinstatement of the Russian Anti-Doping Agency (RUSADA) by WADA, and an official response adequately addressing the McLaren findings.

IPC president Andrew Parsons said that in 2016 "the anti-doping system in Russia was found to be totally compromised, corrupted and open to abuse".

"This made it impossible to determine which Russian Para athletes were clean and which were not; it was clear that Russia's participation in Para sport events would severely question the integrity and credibility of sporting competition."

Parsons said the measures taken then by the IPC were "necessary and proportionate" and "essential to ensure clean sport".

"Seventeen months on, we face a different picture in Russia and it is important that once again our decision is necessary and proportionate to what is in front of us," he said.

"Although the RPC remains suspended they have made significant progress and we have to recognise this."

"Under the supervision of WADA, we now have greater confidence that the anti-doping system in Russia is no longer compromised or corrupted.

"We have also witnessed behavioural and cultural changes by the RPC, which we hope will one day positively influence officials within the wider Russian Federation.