A major fire broke out on Sunday at the fourth floor of the shopping mall where most of the victims were present inside a theatre hall. 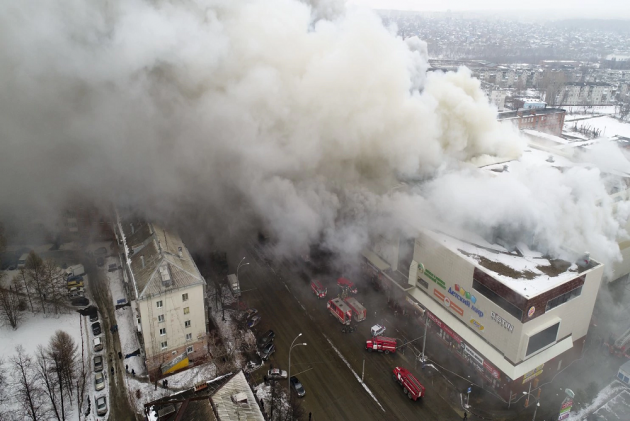 The death toll in fire incident at Russia's Zimnyaya Vishnya (Winter Cherry) shopping mall has risen to 64. Five more bodies were found near the cinema and 11 are still missing, TASS, Russian news agency quotes a spokesperson as saying.

A major fire broke out on Sunday at the fourth floor of the shopping mall where most of the victims were present inside a theatre hall.

Till now 100 people have been evacuated. 12 of the victims have been hospitalised while 36 others have received medical assistance as outpatients.

Around 660 emergency personnel were deployed at the location to conduct the rescue operations. It took more than 17 hours for the team to douse the flame.

A criminal investigation has also been launched in the case to ascertain the cause of fire, ANI reported.