The daily coronavirus death toll topped 900 for a second straight day, with 924 new deaths reported Thursday — a day after reaching a record 929. 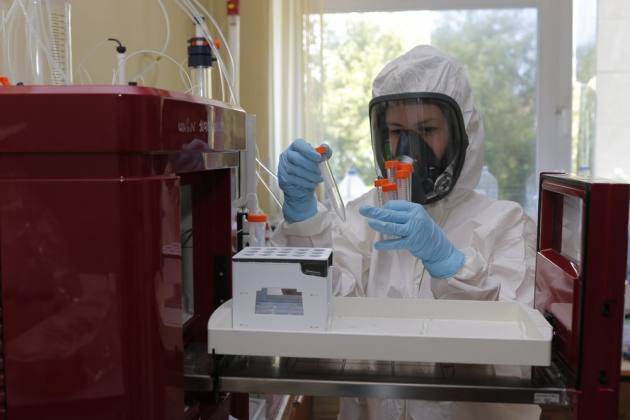 Russia's daily coronavirus infections soared Thursday to their highest level so far this year as authorities have struggled to control a surge in new cases amid a slow pace in vaccinations and few restrictions in place.

The daily coronavirus death toll topped 900 for a second straight day, with 924 new deaths reported Thursday — a day after reaching a record 929.

Russia already has Europe's highest death toll in the pandemic — topping 213,000 — and a conservative way of calculating the number suggests the actual number could be even higher.

A quick rise in infections and deaths began in late September, with authorities blaming it on the low vaccination rate. As of Tuesday, almost 33% of Russia's 146 million people had received at least one shot of a coronavirus vaccine, and 29% were fully vaccinated.

Despite surging infections, the Kremlin has shrugged off the idea of imposing a new nationwide lockdown, delegating the power to tighten restrictions to regional authorities.

Some regions have limited attendance at large public events and restricted access to theaters, restaurants and other places to people who have been vaccinated, recently recovered from COVID-19 or tested negative in the previous 72 hours.

In some areas, Russia's vast yet severely underfunded health care system has started to show signs of being overwhelmed by the outbreak.

Russian media have reported long lines of ambulances once again forming in front of hospitals in St. Petersburg. And on Tuesday, the presidential envoy in the Ural Mountains district — a part of central Russia that encompasses six regions — said 95% of the hospital beds for COVID-19 patients there have been filled.