Due to previous incidents of violence at the hill-top shrine, the police had imposed strict restrictions on the devotees at Sannidhanam. 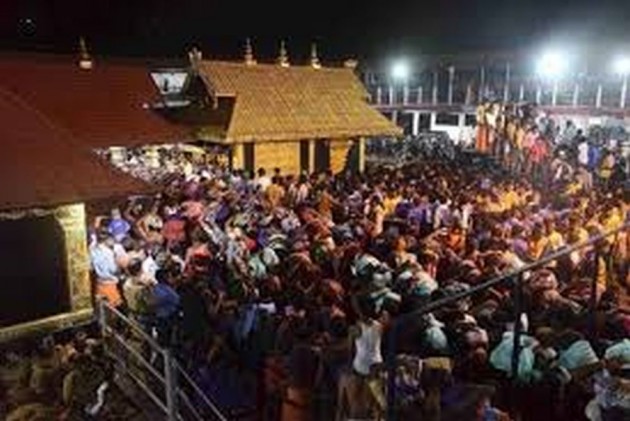 Police detained about 60 pilgrims, who breached the security zone near Sabarimala's 'vavarunada' area and started chanting prayers despite prohibitory orders.

Due to previous incidents of violence at the hill-top shrine, the police had imposed strict restrictions on the devotees at Sannidhanam. The protesters were staying back near 'vavarunada' and chanting prayers, even as there was an imposition of Section 144 that prohibits assembly of more than four people at a spot, police said.

The detained protesters are being taken to the Pamba police station, which is around 3.5-km downhill. Hundreds of protesters have been arrested in this first week of the annual two-month-long 'Mandala-Makaravilakku' season of Sabarimala, which commenced on November 17.

Earlier, the protesters detained in similar circumstances were arrested, taken to the Maniyar police camp and were sent to judicial custody by the court subsequently.

A number of protests were staged after the doors of the Lord Ayyappa's temple opened on October 17 for the first time after the Supreme Court verdict allowing women of all ages to enter the sanctum sanctorum of the holy shrine.

A five-member constitutional bench of the apex court headed by the then Chief Justice of India, Dipak Misra had delivered the verdict on September 28, 2018 allowing all women into Sabarimala.

However, not a single woman could enter the shrine owing to the widespread protests across the state. The temple closed down for the month on October 22 after it opened for five days as a monthly ritual in the Malayalam month of Thulam.