Protests are being held across Kerala against the detention of the 68 persons even as the BJP demanded a judicial probe into the police action. 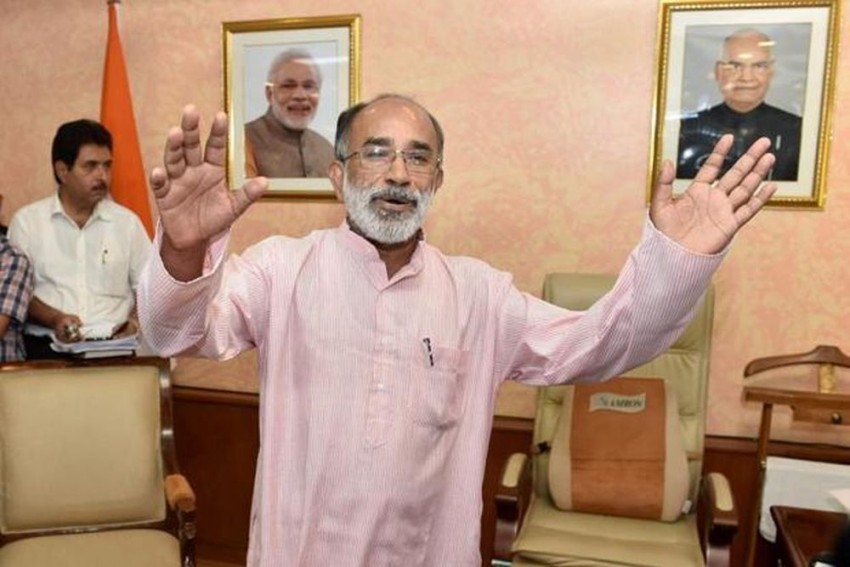 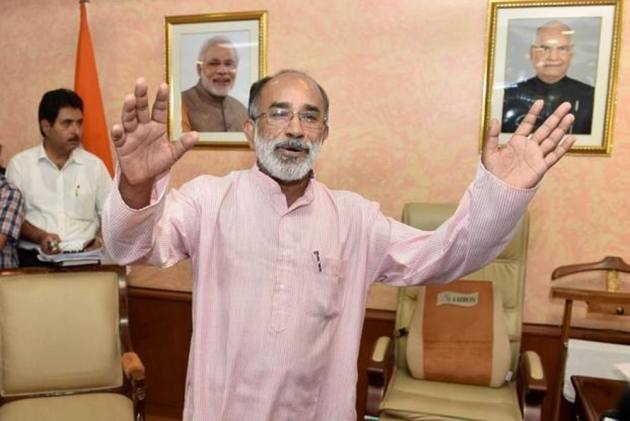 Union Minister K J Alphons Monday slammed the Kerala government for turning the Sabarimala Temple complex into a "war zone" and lack of facilities at the shrine even as police detained 68 people from the complex in the early hours for holding protests.

Protests are being held across Kerala against the detention of the 68 persons even as the BJP demanded a judicial probe into the police action.

Police sources told PTI that 68 persons had been taken into preventive custody from the temple complex and brought to the Manniyar camp early this morning.Their details are being verified and their arrests have not been recorded yet.

Alphons, who arrived at Nilackal, the base camp, Monday morning, told reporters, "The state government has turned the temple complex into a war zone. The devotees are not militants, they are pilgrims."

"What was the need to declare Section 144 at Sabarimala," he asked.

The minister said there was lack of basic facilities at the temple complex.

The union government had provided Rs 100 crore for putting up various facilities at Sabarimala, he said.

The minister's visit comes hours after the late night developments in Sabarimala when hundred-odd devotees held protests while chanting "nama japam" (chanting in the name of Lord Ayyappa) on Sunday.

The protest by devotees at the 'sannidhanam,' on the second day of the two-month long pilgrim season, resulted in police taking into custody 68 persons early Monday morning, the first such incident witnessed at Sabarimala.

This had also led to protests across the state, including in front of the official residence of Chief Minister Pinarayi Vijayan in Thiruvananthapuram.

Those taken into custody have been brought to the Manniyar police camp and BJP leaders led by Shobha Surendran are holding "nama japam" protest in front of the camp.

Hindu Aikya Vedi President, K P Sasikala, who is on her way to the shrine with her family members in connection with the "chorunnu ceremony" (rice feeding) of her grandsons, was served notice by Superintendent of Police Yatish Chandra at Nilackal this morning, asking her not to remain at the 'sannidhanam' beyond six hours.

The KSRTC bus in which Sasikala was travelling with family members was stopped and the notice served by police personnel.

Chandra later told reporters that Sasikala has promised to return and gave an assurance that she was not going to the temple for creating any trouble.

"Our aim is not to trouble anyone. We want devotees not to stay back at the sannidhanam, but come back. This will enable devotees to worship peacefully," the officer said.

Sasikala was taken into preventive custody from near the temple premises two days ago for flouting police regulations and had been released after being produced before the Magistrate.

The pilgrims were peacefully protesting at 'sannidhanam' against the lack of facilities and stringent restrictions imposed by the police at the temple complex.

Devotees chanting 'nama japam' had gathered at the covered pathway to the temple and had refused to disperse even after the shrine closed at 11 pm.

Since prohibitory orders had been imposed, police informed them that they should leave and cannot stay back.

Police sources said they had information that the protesters might create trouble at 'Sannidhanam' and they had taken precautionary measures accordingly.

Cannot Force Myself On Any Woman, I Am Not Like That: Chetan Bhagat On #MeToo Allegations