Inzamam-ul-Haq has had a cardiac surgery. The 51-year old played 120 Tests and 378 ODIs and was reckoned as the Pakistani Tendulkar. 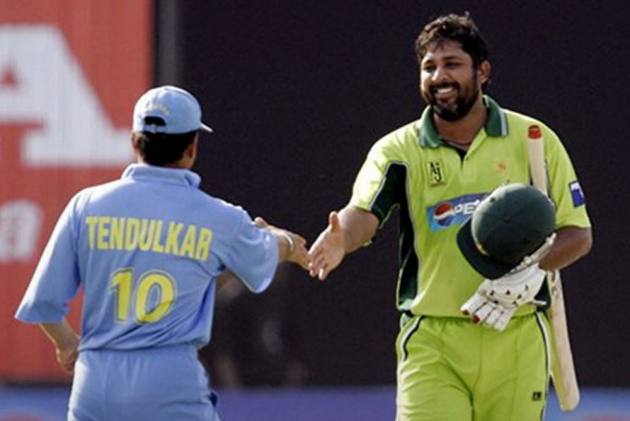 Master Blaster Sachin Tendulkar and Inzamam-ul-Haq are known to have a cordial friendship outside the cricket field. The two have played for their respective countries at the heights of their cricketing careers. (More Cricket News)

So, it was no surprise that Tendulkar put out a tweet conveying his regards and wishing Inzamam-Ul-Haq a speedy recovery from heart surgery.

Wishing you a speedy recovery @Inzamam08. You've always been calm yet competitive, and a fighter on the field.

I hope and pray that you'll come out stronger from this situation as well. Get well soon.

Earlier on Tuesday morning, reports stated that the former Pakistan captain underwent an emergency angioplasty at a private clinic in Lahore after complaining of heart-related issues and difficulty in breathing.

Tendulkar said, "You've always been calm yet competitive, and a fighter on the field. I hope and pray that you'll come out stronger from this situation as well. Get well soon."

A family member said that Inzamam felt uneasy and complained of having difficulty in breathing on Monday. He was taken to a private hospital where, after several tests, it was revealed that he might have had a minor attack. Doctors advised him to undergo an emergency angioplasty and a well-known heart surgeon, Professor Abbas Kazim, performed the procedure.

“Inzamam is now doing much better and will be released soon from the hospital. He is okay now," one family member said.

Inzamam is Pakistan's most capped player. The batting legend has scored 8,830 ODI runs and 11,739 Test runs for Pakistan. Inzamam served as Pakistan Cricket Board chief selector between 2016 and 2019 and it was under his tenure that Pakistan won the 2017 ICC Champions Trophy beating India at The Oval in London.