Sachin's Biopic Celebrates The Cricketer But Fails To Answer All Questions

The film is a big dose of the tumultuous‘90s era in Indian cricket – an era when the BCCI became a super power in world cricket, when match fixing loomed large over cricket, a period that witnessed the battle between Sachin and Azharuddin, players and advertisers. 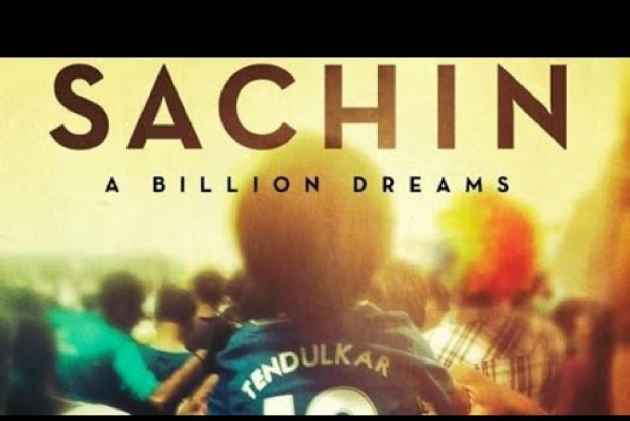 In a nation where “cricket is religion, and Sachin is god”, it is only reasonable to ask if a film on the legend will deliver anything about him that is not already known by the aficionados, and if it will engage the smaller section of the audience that are not fans of him or the game. James Erskine's docu-drama, Sachin: A Billion Dreams, checks both. The biopic of Sachin Tendulkar gives us exactly what it promises: a glorious portrait of the cricket star – 22 yards, 24 years, and the billion dreams, hopes and aspirations connected with it.

The film is a big dose of the tumultuous‘90s era in Indian cricket – an era when the BCCI became a super power in world cricket, when match fixing loomed large over cricket, a period that witnessed the battle between Sachin and Azharuddin, players and advertisers. It was the time of arrival of small town heroes Sourav Ganguly and MS Dhoni, and the Greg Chappell episode.

It is not a definitive portrait in answering all the questions around the time of the star, but does celebrate the master blaster’s long career, humility and rooted approach to life as a middle class boy fighting for his dreams.You get to see the early life of Sachin Tendulkar and his passion for cricket, and how his brother Ajit Tendulkar realized his latent potential. His coach Ramakant Achrekar, facing Waqar Younis’s whispering bouncers for the first time, injuries, TV commercials, and of course the ground sequences. But we have seen all this. The moments that make the film are ones where we see the star player more intimately - the ones Tendulkar shares with his parents and elder brother, his demanding coach, his wife and children, the letting go time with his friends.

But before we get too comfortable, the movie is back to being the reverential docu-drama that it is meant to be. It cannot go unnoticed that the biopic is in fact ‘authorised’. It has clearly been umpired by Sachin himself: the choice of what is personal and public has been carefully sifted. There is little but a glance into the ego battle between Sachin and Azharuddin, the Chappell dynamics, the controversy over Sachin’s captaincy, and the ugly aspects of the game, especially when the match-fixing scandal broke. But the real-time glimpses of the team celebrating Sachin’s 35th century, the star in training with his son, Arjun, a vulnerable confession when losing his captaincy, are reasons enough to watch the film.

Erskine takes all-too familiar material and makes of it an engrossing film. It glides seamlessly from one big-ticket event in Sachin’s life to another – his first bat, coaching under Achrekar, meeting his wife Anjali, his first newborn, and the second, his captainship, the big losses, and the bigger wins. The back-and-forth between Tendulkar's phenomenal childhood-till-retirement career path andthe present dayis effortlessly executed by Erskine and editor Avdhesh Mohla, to the charming soundtrack by A.R. Rahman which is one of the many takeaways from the film. Through the family and actors, we meet the gifted child who, with the unwavering support of his family, Achrekar's no-nonsense training, his own diligence and passion, became the giant we know him to be. As a film that should have unapologetically pandered to the fans, Sachin: A Billion Dreams manages to hold the attention of someone who has not been a fan of the game or the man himself, and even leave them a little teary with Sachin’s farewell speech end.