In the past, people fleeing state sponsored homophobia from countries like Afghanistan, Iran and Iraq have received asylum in India. What does USA's grant of asylum to two gay men from India mean? 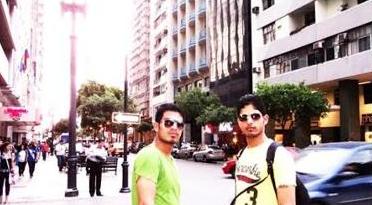 The recent Supreme Court verdict in Koushal, which led to an outpouring of outrage across India, ironically has been instrumental in re-scripted the lives of Jagdish Kumar and Sukhwinder, a gay couple from Chandigarh, who were languishing in an immigration jail in Texas.

Kumar was a married man when he first met Sukhwinder, a dancer. Fearing that they would be killed if their families found out about their relationship, the couple fled in June 2012. After travelling for a year through Dubai, Cyprus and several other countries, the two arrived on foot at the Texas border and applied for asylum on the grounds of their sexual orientation. They were immediately detained and their case was kept pending for nearly six months. They were put in separate cells and denied parole four times even though the routine procedure is to parole asylum-seekers from custody pending the decision of their case. Despite the best efforts of the couples’ lawyer and civil society groups campaigning for their release, their case was stuck. On December 20, days after the Koushal verdict was pronounced, their case was assessed swiftly and they were granted asylum. The US accepted that the couple’s fear of being persecuted in India was now legitimate.

Under the Refugee Convention (1951), a person in order to obtain asylum must prove a well-founded fear of persecution for reasons of race, religion, nationality, social group or political opinion. A “social group” is a group sharing a common characteristic that is fundamental to their individual identities and which cannot be altered. Under refugee law and asylum-granting practices worldwide, sexual orientation has been accepted as a characteristic defining a social group, and asylum claims based on this ground have been entertained by many countries including India itself.

The US immigration policy has fairly strict standards for claiming asylum. In INS v Stevic, the US Supreme Court ruled that the asylum-seeker needs to meet the "clear probability" standard which requires a showing that it is more likely than not that the person would face an immediate threat to life in his country. While an argument could be made that a law which criminalizes homosexual conduct is per se persecutory in nature as it requires people to conceal their sexual identity and forever lead a closeted life, this has generally not been regarded as sufficient. For LGBT asylum claims, it has to be further demonstrated that the law is being routinely enforced to target the community. The awareness of the asylum-seeker’s sexuality in the society is also a relevant factor. In Soto-Vega v Ashcroft, the immigration judge denied asylum on the ground that the asylum-seeker did not “look gay”. The rationale being that if one does not look gay, one could hide his sexual identity in his country to avoid persecution.

Additionally, the judge also examines the general legal system in the asylum-seeker’s country and the actual impact of the law. For example, the asylum-seeker will have to demonstrate that there exists an atmosphere of intolerance towards the LGBT community and that there is no State protection. Further, any threat faced has to rise to the level of “persecution” and not just “prosecution”. Persecution, though not expressly defined under refugee law, is typically considered to involve severe human rights violations, including a serious threat to life or liberty.

In assessing such asylum claims, it has to be noted that the experiences of the claimants vary greatly and are strongly influenced by their cultural, political and social environment. In countries like Afghanistan, it is well established that while the prevalence of male homosexuality is an open secret, having overt sexual relations are impossible as homosexuality is outlawed under Islam and punishable by death. In other jurisdictions the law or cultural perceptions may not be so clear.

In the context of India, even prior to the Koushal judgment, there have been some instances of Indians seeking asylum in third countries on the grounds of their sexual orientation, but these claims were difficult to argue successfully. Apart from the fact that section 377 of the Indian Penal Code inter alia criminalized homosexual conduct, India was viewed as a robust democracy with an active and vociferous LGBT community. Given that convictions have been rare, any evidence of the community facing day-to-day harassment and discrimination were not regarded to be widespread or systematic. This view further stemmed from the fact that at least in certain parts of India, people could be open about their sexual identity, write about issues faced by the LGBT community, hold demonstrations, campaign for their rights etc. Thus, it was difficult to clearly establish the threat of persecution. The Delhi High Court’s landmark judgment in the Naz Foundation case cemented this perception and bolstered the LGBT movement in India. In fact, people fleeing state sponsored homophobia from countries like Afghanistan, Iran and Iraq have been coming to India and have received asylum. Thus, India has enjoyed the status of being one of the few safe havens in the region which has extended international protection to such individuals.

However, with the Supreme Court’s verdict, the clock has been turned back as India once again joins the ranks of 76 other countries which criminalize homosexuality. More importantly, the verdict has brought an antiquated law to the forefront with greater legitimacy and has led the international community to believe that this will spawn a new wave of anti-LGBT sentiments across India. The law can no longer be conveniently dismissed as being outdated and merely in need of being read down. The verdict has effectively denied the LGBT community the right to equality and has rendered them defenceless against continued discrimination and harassment. Further, certain political groups openly supporting the judgment (and even suggesting the use of this law as a retaliatory measure against US diplomats post the Khobragade episode) has further created a general sense of fear and insecurity amongst people.

It is perhaps noting these developments that the US decided to recognize Kumar and Sukhwinder’s asylum claim. While the couple’s lawyer has stated that the Supreme Court’s verdict was critical in deciding their plea, it is not clear as to what were the other factors that established the likelihood of the couple’s life being intolerable in India. For instance, the fact that the government has disagreed with the verdict and has filed a review petition is itself indicative of the lack of intent to use the law to target members of this community. Further, the sizable LGBT community, which continues to strengthen and promote the gay rights movement in India, has garnered widespread support. Thus, these become relevant factors in assessing the probability of persecution.

While some argue that the US’s stance in this case is another diplomatic rebuff in light of the souring Indo-US relations, the decision in the case has affirmed that there has been a significant change in the perception of the international community of India being able to protect its own citizens. It needs to be seen whether this case will begin a shift in asylum cases from India and influence other jurisdictions to take a similar view by extending asylum to Indian citizens in the aftermath of the Koushal judgment.

Roshni Shanker and Parakram Kakkar  are lawyers with Ara Legal Initiative, a refugee legal aid centre based in New Delhi. They can be contacted at office AT aralegal DOT in