The state government had introduced the ‘Krishak Bandhu’ (friends of farmers) scheme in January 2019 to provide financial assistance to all farmers for agricultural purposes and to provide social security to the farm families in the event of the untimely death of a cultivator. 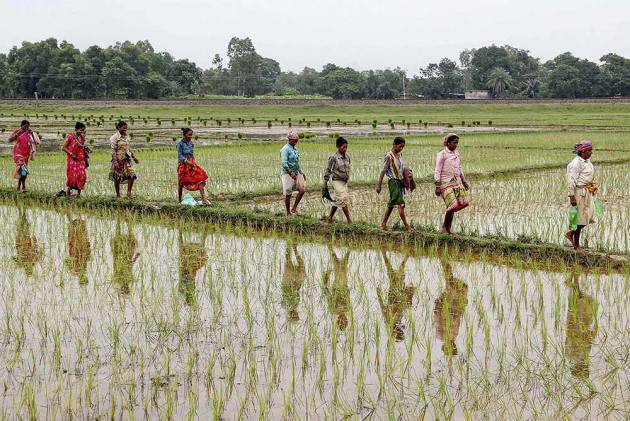 The West Bengal government has hand-held over four lakh farmers in Purba Medinipur, North and South 24 Parganas districts to produce a new variety of salt-tolerant paddy to curb the repeated damage of standing crops by saline floodwaters during natural calamities, an official said.

This new variety of paddy, ‘Nona Swarna’, grown in over 50,000 hectares in the three districts, has temporarily helped the cultivators to minimise the damage from the devastation of cyclones Amphan and Yaas, the official said.

Production of 2.7 lakh tonnes of this variety is expected in this Kharif season, Majumdar said. The state government had in June distributed a total of 1,290 metric tonnes of 'Nona Swarna’ paddy seeds to farmers in North 24 Parganas, South 24 Parganas, and Purba Medinipur under the ‘Krishak Bandhu’ scheme.

The state government had introduced the ‘Krishak Bandhu’ (friends of farmers) scheme in January 2019 to provide financial assistance to all farmers for agricultural purposes and to provide social security to the farm families in the event of the untimely death of a cultivator.
The seeds were sown during the June-July Kharif season and were ready for harvesting in November, Majumdar said.

Around 12-16 salt-resistant varieties are being extensively researched in field trials in the Sunderbans, including one termed 'Dudheswar'. Elaborating on the procedure of harvesting this new variety, Majumdar said, "The special variety of seed has been harvested in agricultural land in coastal areas which were inundated with saline water due to flood during cyclones Amphan and Yaas. We pumped out the water to reduce the high salinity levels after the natural calamity and then the seeds were sown.” Since the water could not be pumped out from all the fields, elevated plots were chosen for sowing the seeds of 'Nona Swarna', he said.

The chief minister had directed the state agriculture department to start alternative methods to help farmers grow paddy in lands that were flooded with saline water during cyclones.
Two cyclones - Amphan in May 2020 and Yaas in May this year – had led to extensive damage to standing crops.