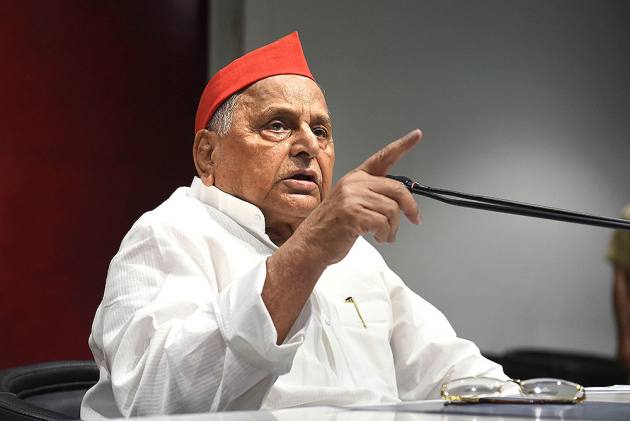 Addressing SP workers at the party headquarters here during a function to celebrate his 82nd birthday, Samajwadi Party patriarch Mulayam Singh Yadav, said that the country is witnessing "politics of change" and called upon the youth to make it successful.

Hoardings were put up at Vikramaditya Marg, where the party headquarters are located, greeting Mulayam Singh on his birthday. Addressing the gathering, Mulayam Singh said the country is witnessing "parivartan ki rajneeti" (politics of change) and the youth, who are full of enthusiasm, should make it successful. "Today you are celebrating my birthday but I will be happy if the birthday of even the poorest person is celebrated and birthdays of all of you are celebrated. You celebrate and invite me, I will come," Mulayam Singh told the party workers.

Speaking at the event, Akhilesh Yadav asked his father to give his blessings to all the partymen. Mulayam's younger brother and president of Pragatisheel Samajwadi Party (Lohia) Shivpal Yadav did not join the celebrations at the SP office. Shivpal Yadav celebrated the occasion at Saifai in Etawah district, where he also attended a 'dangal' (wrestling championship). Shivpal Yadav cut a large cake with his son Aditya Yadav and party workers at a stadium and offered it to Mulayam Singh's photograph. In a tweet in Hindi, Shivpal Yadav described his elder brother as a source of inspiration and the "flag-bearer of social justice" and wished him a long and healthy life.