The boxes were accompanied by a written message in Spanish. It translated to: "A year ago we asked you to turn it off, we welcome you today on board." 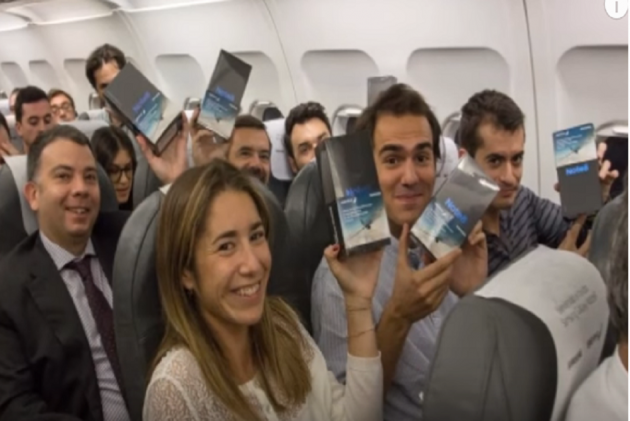 For 200 passengers onboard an Iberia Airline flight from Madrid to A Coruña, Spain, recently, it would be one of the most memorable journeys of their life.
The passengers were probably not expecting to get a free gift that cost more than their ticket. Samsung Spain handed over Galaxy Note 8 — packed and sealed in retail boxes -- to all the 200 passengers to remind people of last year’s events when Galaxy Note 7 was banned from airplanes worldwide, following reports of the devices catching fire due to its faulty batteries.
The boxes were accompanied by a written message in Spanish. It translated to: "A year ago we asked you to turn it off, we welcome you today on board."
In India, Galaxy Note 8, one of the top-of-the-line phones, costs around Rs 67,900.
Last year, Galaxy Note 7 was banned from several airlines globally following reports of the devices catching fire, even though production for the device has formally ended. According to an AP report, the US Consumer Product Safety Commission said there were around 100 reports of batteries in Note 7 phones overheating in the country.
But the company bounced back with the Galaxy Note 8 with its launch a few months ago. According Samsung, it took extra care for the battery in this phone and that it is perfectly safe for the daily use.