The SIT's additional charge sheet stated that a network within Sanatan Sanstha targeted Lankesh for no personal reasons. 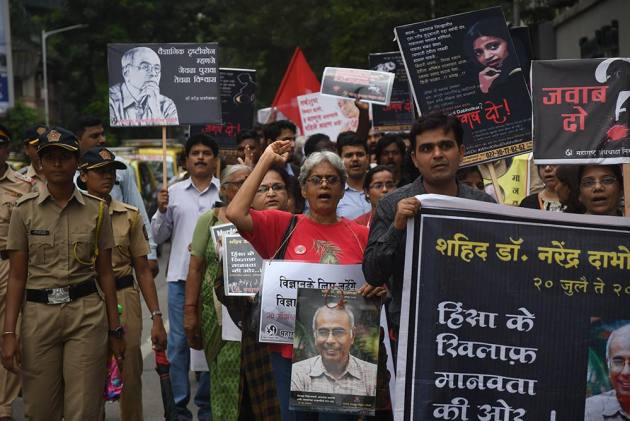 The SIT named Sanatan Sansta in its 9,235-page additional charge sheet filed in the Principal Civil and Sessions court in Bengaluru on Friday.

The charge sheet stated that a network within Sanatan Sanstha targeted Lankesh for no personal reasons.

"The killer and the killed have no personal or any other enmity. Why she was killed? Because she believed in certain ideology, she wrote and spoke on that. So, it must be an ideology and it must be an organisation," Special Public Prosecutor S Balan told PTI.

The SIT has also sought permission to investigate the case further.

The first charge sheet in the sensational case was filed in May last.

Lankesh, 55, known for her left-leaning and strong anti-Hindutva views was shot dead in front of her house here on September 5 last year, triggering a nationwide outrage.

Soon after the then Siddaramaiah-led government constituted the SIT to probe into the killing.

The gang is suspected to be involved in the killing of three other rationalists M M Kalburgi, Narendra Dabholkar and
Govind Pansare.