The ban on watching cinema in public places was lifted after Saudi Arabia's Crown Prince Mohammed bin Salman Al Saud introduced some liberal changes in the economic and social order of the orthodox Muslim community here. 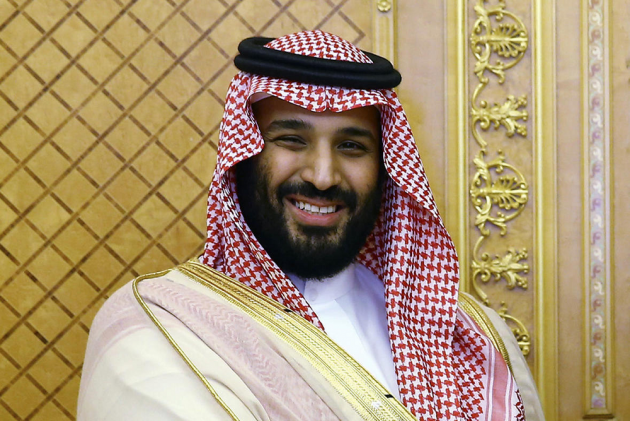 Saudi Arabia will have its first cinema in 35 years which will open on April 18 in Riyadh, agencies reported. The ban on watching cinema in public places was lifted after Saudi Arabia's Crown Prince Mohammed bin Salman Al Saud introduced some liberal changes in the economic and social order of the orthodox Muslim community here. This was welcomed by all and the first film to be screened would be the Marvel’s superhero, Black Panther.

The economic reforms is intended on making Saudi Arab less dependent on oil and opens other revenue sources, Reuters reported.

He also reduced the power of the religious clerics, institutions that police dress code of women in public spaces. Also, he intends to lead Saudi Arabia towards a more liberal interpretation of other religions.

Films, especially Hollywood ones are quite popular in Saudi homes. But in 1970s cinema halls were banned due to strict islamist regime orders.

AMC Entertainment has been granted the first licence to operate cinemas, with Saudi state media saying the US giant is expected to open 40 cinemas across 15 Saudi cities over the next five years. "AMC plans to open the kingdom's first cinema theatre in Riyadh on April 18," the information ministry's Centre for International Communication said in a statement.

“We think it’s going to be the prettiest movie theater in the world. It’s a dramatic building,” AMC Chief Executive Adam Aron told Reuters. Also, there would be no separate seating arrangement for men and women, like most places in Saudi.

Saudi Arabia wants to set up 350 cinemas with over 2,500 screens by 2030 for a population of more than 32 million. Hoping this would attract nearly $1 billion in annual ticket sales, Reuters reported.

"The Saudi market is very large, with the majority of the population... Eager to watch their favourite films here at home," the statement by information ministry read. International theatre chains have long eyed the kingdom as the Middle East's last untapped mass market of more than 30 million people, the majority of whom are under 25.

In February, Saudi Arabia's General Entertainment Authority (GEA) announced it will stage more than 5,000 festivals and concerts in 2018, double the number of last year, and pump $64 billion in the sector in the coming decade.

The reform stems partly from an economic motive to boost domestic spending on entertainment as the kingdom reels from an oil slump since 2014.