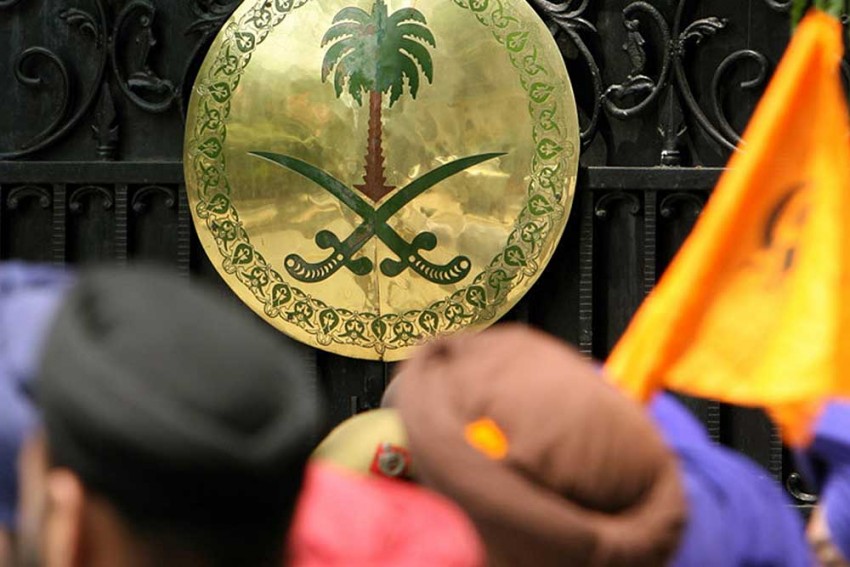 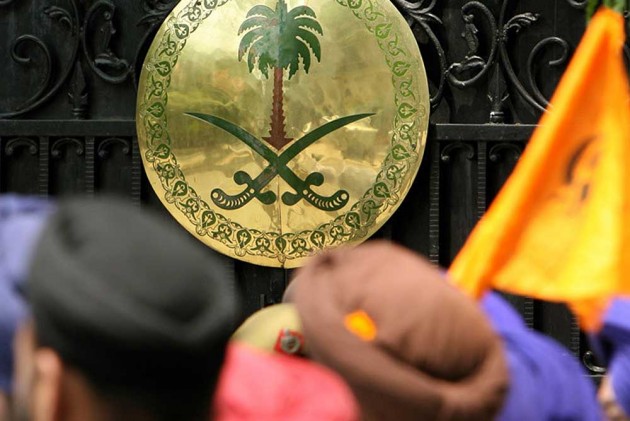 ??The Saudi diplomat trying to keep sex slaves in Gurgaon and expecting to get away with it is actually symptomatic of the attitude of his oil rich country where men would not be punished for using women as they like (it’s so perverse that imagine a similar situation in Jeddah and it possible that the women would be flogged for getting raped without marriage). It’s a brutal, repressive regime but it is different from other brutal repressive regimes in the world because it is constantly engaged in using its wealth to promote an intolerant form of Islam across the globe. I would argue that the Saudis are one of the the greatest forces of instability in the world, who have succeeded in making Islam into a scary doctrine in many places.

The double whammy is that Saudi money has also been used to make the West look the other way and see the monarchy as an “ally” instead of the greatest foe actually fuelling the flames that make us believe that the clash of civilizations is for real. (After all, besides having loads of money to give in grants, foundations and bribes, the Saudis can also manipulate the oil markets as they have done to stunt the US shale gas industry). It’s a deadly cocktail of Islam wrapped in petroleum soaked money that has lit fires across the world.

Their priorities are simple: ??they do not really care about human beings as they only care about their version of Islam. Abd al Wahhab, the founder of the Wahhabi doctrine that Saudi Arabia promotes with such puritanical single mindedness, had denounced all Muslims who honoured saints and Sufis and performed pilgrimages to their shrines. “They should be killed, their wives and daughters violated, their possessions violated,” he had written. Scholars now say that there is a clear ideological-theological continuity between Wahhabism and the doctrine that the ISIS now propagates.

There is in fact little doubt that Saudi Arabia funded some of the Sunni extremists groups in Syria because they saw Bashar al Assad’s Baathist regime as an ally of Iran (and Shias after all are the original enemy). Off course, now even the Saudis are threatened by ISIS as the latter do not accept the monarch as the head of the Islamic world by virtue of being the “keeper” of the two holy mosques.(That apparently exempts the Saudi monarch from things that lesser mortals do. During a 2006 state visit to India for instance, King Abdullah did not visit the Gandhi Samadhi because well, they have authority over the holiest of holies, and presumably a tomb is against their faith).

Now that the Syrians are moving helter skelter, one would imagine that their rich Arab brethren in Saudi Arabia would offer money, humanitarian aid, refugee status? Wrong. There are many Syrians who work in Saudi Arabia but no room for refugees. Indeed the lands of the “infidels” are expected to display humanitarian values and charity but not the oil rich countries like Kuwait, Saudi Arabia and UAE, Qatar, Bahrain and Oman. Turkey has taken 1.8 million refugees, tiny Lebanon 1.2 million, Jordan 600,000. And what have the kings of the House of Saud done? Those fine men who control Mecca and Medina? They invaded Yemen last week. Their notion of the Ummah therefore is entirely subjective and driven by their religious and political doctrine as opposed to any human value.

What the Saudis have reportedly offered to do for the refugees is build mosques for them inside Europe. One report spoke of an offer to build 200 in Germany. Presumably, their thinking is that should the refugees survive and find a place in Europe the Saudis can expand their glorious interpretation of an egalitarian faith to one that condemns and censors inside the West. And why should they not see that as possible? They have pretty much had a free run across the world. After all, closer home, there is no doubt that Saudi money funded Zia ul Haq’s Islamic project in Pakistan, just as subsequently the madarsas that produced the Taliban also thrived on the same source of funding. Let’s not forget the nationality of Osama bin Laden and the main perpetrators of 9/11. All the linkages lead to one place: Saudi Arabia, the land of kings, oil and medieval punishment.

The residents of Saudi Arabia are cushioned by their great wealth. Ordinary Muslims across the world are not. One of the great deformities in the world is that with the economies of many of the war torn countries wrecked, Muslims across the globe are in distress for different reasons. But the money for the Wahhabi doctrine keeps pouring in. That’s become a source of employment and sustenance for the Sunni clerical class across the world. Within the borders of our country too, where Islam came with all the beauty, humanism and pluralism of the Sufi way, the puritanical orders are better endowed. Many prominent Muslims will not speak openly against Saudi money because sooner or later they also could seek some of it.

And why blame the ill informed clerics of India for succumbing to the Saudi spell. The mighty Americans landed to depose a secular dictator in Iraq so that they could protect the religious fundamentalist dictators of the oil rich countries like Kuwait and Saudi Arabia. The Saudis have certainly proved that oil makes the world go round. As for their rapist diplomat sent to India, one can only ask what would happen to an Indian found raping Arab women in Saudi Arabia? Would he be executed in a public square or at the very least flogged? Or would the women’s testimony not count against a man’s?