The asylum claim of a young Saudi woman who resisted deportation from Thailand in a gripping, live-tweeted ordeal will take "several days" to assess, the UN's refugee agency in Bangkok said on Tuesday. 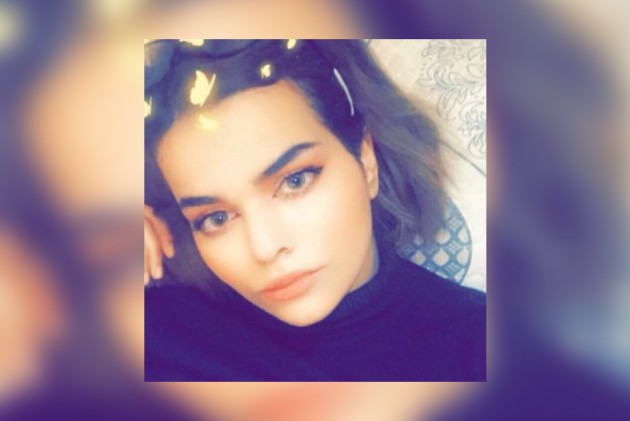 A Saudi woman who fled her family to avoid forced marriage and has been detained in Thailand on Tuesday sought asylum in Canada amid doubts about the status of her Australian visa.

"I want Canada to give me asylum," the 18-year-old tweeted, after doubts were raised over the status of her tourist visa for Australia.

I want Canada to give me asylum!

The Deputy Asia Director of Human Rights Watch (HRW), Phil Robertson, told Efe that they were waiting for the official confirmation by Australian authorities that al-Qunun's visa has been cancelled.

Rahaf Mohammed al-Qunun arrived at Bangkok's main airport over the weekend on a flight from Kuwait after running away from her family who she alleges subjected her to physical and psychological abuse.

The 18-year-old said she had planned to seek asylum in Australia, fearing she would be killed if sent back by Thai immigration officials who stopped her at the airport on Sunday.

For all countries that can help , we ask for urgent protection , only you can save my life.#saverahaf

Saudi Arabia's parlous rights record has been under heavy scrutiny since the murder of journalist Jamal Khashoggi last year.

Will now the whole world knows that what has been published from Saudi Arabia news on Rahaf story was a lie just like before on khashoggi . #saverahaf#ÙÂÂÂØªØ§ÙÂÂÂ_ØªØ§ÙÂÂÂÙÂÂÂ Ø§ÙÂÂÂØ¯ https://t.co/1XH7WAScYC

Initially, Thai authorities said Qunun would be sent back to Saudi Arabia.

But as her plight pinballed across social media -- including tweets about how she had barricaded herself in a hotel room -- they abruptly changed course and allowed her to leave the airport late on Monday in UNHCR's care.

The agency said it was "very grateful" that officials did not send Qunun back against her will.

Hey I'm Rahaf. My father just arrived as I heard witch worried and scared me a lot and I want to go to another country that I seek asylum in
But at least I feel save now under UNHCR protection with the agreement of Thailand authorities. And I finally got my passport backðÂÂÂÂÂÂðÂÂÂÂ»âÂÂ¤ï¸ÂÂ pic.twitter.com/pQER7HDVi7

"It could take several days to process the case and determine next steps," the UNHCR representative in Thailand, Giuseppe de Vicentiis, said in a statement.

Thailand is not a signatory to a UN convention on refugees, and asylum seekers are typically deported or wait years to be resettled in third countries.

The UNHCR insists anyone with an asylum claim should not be sent back to the country they fled under the principle of non-refoulement.

Saudi Arabia's embassy did not immediately respond to a request for comment on Tuesday.

But in an extensive explanation released on Twitter, the embassy denied sending officials to Suvarnabhumi airport to meet Qunun as she arrived from Kuwait, where her family live.

It also said her passport had not been impounded as alleged while explaining it is in contact with her father, a senior regional government official in the kingdom, "to inform him on her situation".

Another official told a Saudi-owned TV channel that Qunun's father had contacted the mission for "help" in bringing her back.

Ultra-conservative Saudi Arabia has some of the world's toughest restrictions on women, including a guardianship system that allows male family members to make decisions on behalf of female relatives.

Qunun has said she believes she will be imprisoned or killed if sent back and that her family is so strict it once locked her in a room for six months for cutting her hair.

Under the hashtag #SaveRahaf, the young woman's desperate pleas became a social media sensation, where she was able to post live updates and videos from the Bangkok airport in both Arabic and English, racking up more than 80,000 followers.

Late on Monday, her Twitter account said that her father had arrived in Bangkok. AFP was not able to independently verify the news.