The Supreme Court said CBI's appeal will be heard along with plea filed by wife of Talwars' domestic help Hemraj, who was also found killed. 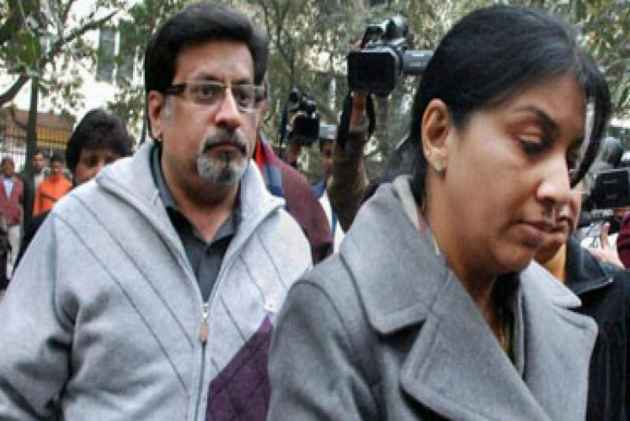 The Supreme Court today agreed to hear the CBI's appeal challenging the acquittal of dentist couple Rajesh and Nupur Talwar in the 2008 twin murder case of their daughter Aarushi and domestic help Hemraj.

A bench headed by Justices Ranjan Gogoi said the CBI's appeal would be heard along with Hemraj's wife's pending petition, which has also challenged the acquittal of the Talwars by the Allahabad High Court on October 12 last year.

Representing the CBI, Additional Solicitor General Maninder Singh referred to the plea filed by Hemraj's wife, after which the bench said the probe agency's appeal would be tagged with it.

Fourteen-year-old Aarushi was found dead inside her room in Talwars' Noida residence with her throat slit in May 2008. The needle of suspicion had initially moved towards 45-year-old Hemraj, who had gone missing, but his body was recovered from the terrace of the house two days later.

As the Uttar Pradesh Police drew flak over a shoddy probe into the case which was making national headlines, the then chief minister Mayawati had recommended a probe by the Central Bureau of Investigation (CBI). The case was subsequently handed over to the agency.

A CBI court at Ghaziabad sentenced the Talwars to life imprisonment on November 26, 2013 in connection with the case.

The high court, however, later freed them of the charges on the ground that they could not be held guilty on the basis of the evidence on record.

On March 8, the CBI moved the apex court challenging the Allahabad high court verdict, months after Hemraj's wife, Khumkala Banjade, had in December 15 last year approached the top court against the verdict of October 12 last year acquitting the couple.

He had said that the criticism against him in the Allahabad High Court verdict was "disparaging" and "unwarranted".

The high court verdict had said the trial judge took evidence and circumstances of the case for granted and tried to solve it like a "mathematical puzzle when one solves a given question and then takes something for granted in order to solve that puzzle and question".

It had also said "the trial judge cannot act like a maths teacher who is solving a mathematical question by analogy after taking certain figure for granted".

The retired judge, in his plea, has said the strictures passed against him were ultimately going to affect his reputation as an impartial and transparent judge and should be expunged.