Uttarakhand High Court Chief Justice K M Joseph, who was part of the bench which in 2016 had quashed the imposition of President's Rule in the state, has also been cleared for elevation to the apex court. 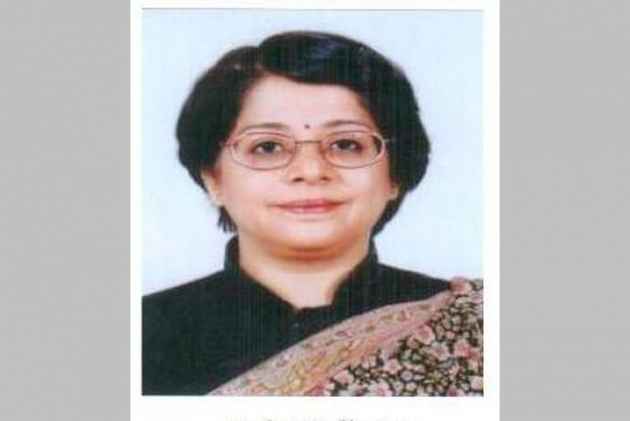 The Supreme Court collegium has recommended the name of senior advocate Indu Malhotra as the first woman lawyer to be directly appointed as a judge of the apex court, sources said today.

Along with her, Uttarakhand High Court Chief Justice K M Joseph, who was part of the bench which in 2016 had quashed the imposition of President's Rule in the state, has also been cleared for elevation to the apex court.

At a meeting held on January 10, the collegium also recommended the name of Justice Sheo Kumar Singh-I, presently an Additional Judge, for appointment as a Permanent Judge of the Allahabad High Court.

Justice Joseph was appointed as Permanent Judge of the Kerala High Court in 2004 and later transferred to Uttarakhand High Court where he assumed charge in 2014 as Chief Justice.

Malhotra, who was designated as a senior advocate in 2007, would be the first woman lawyer to be directly appointed as a judge of the top court, instead of being elevated from a high court.

She will be the seventh woman judge since independence to make it to the Supreme Court. At present, Justice R Banumathi is the lone woman judge in the apex court.

Since Independence, only six women judges have made it to the apex court as judges and the first appointment was of Justice M Fathima Beevi in 1989, 39 years after the setting up of the Supreme Court in 1950.

Justice Fathima Beevi was elevated to the apex court after her retirement as judge of the Kerala High Court. After serving the top court till April 29, 1992, she was later appointed as the Governor of Tamil Nadu.

The second woman judge in the Supreme Court was Justice Sujata V Manohar who started her career as a judge from the Bombay High Court and rose to become the Chief Justice of the Kerala High Court. She was elevated to the apex court where she remained from November 8, 1994 till August 27, 1999.

Justice Ruma Pal followed Manohar after a gap of almost five months and became the longest-serving woman judge from January 28, 2000 to June 2, 2006.

After her retirement, it took four years to appoint the next woman judge. Justice Gyan Sudha Misra was elevated to the Supreme Court from Jharkhand High Court where she was the Chief Justice. Her tenure in the apex court was from April 30, 2010 to April 27, 2014.

During her stint, she was joined by Justice Ranjana Prakash Desai, who served the apex court between September 13, 2011 to October 29, 2014. These two judges also created a history by holding the court together as an all-women bench for a day in 2013.

In the 67-year history of the Supreme Court, there have been only two occasions when it has had two sitting women judges together, the first being Justices Misra and Desai and later Justices Desai and Banumathi.

The Collegium is headed by Chief Justice Dipak Misra and has four senior-most judges of the apex court -- Justices J Chelameswar, Ranjan Gogoi, Madan B Lokur and Kurian Joseph.