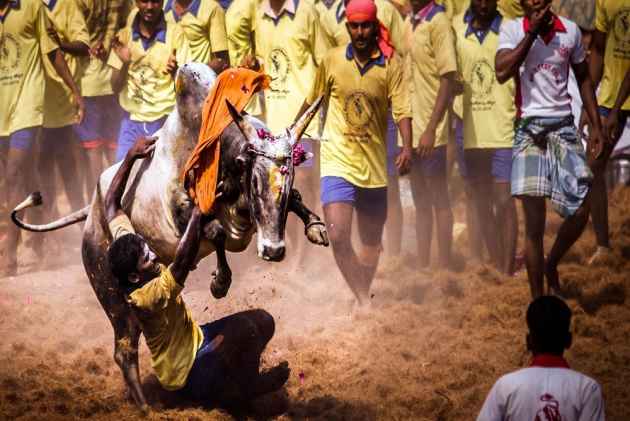 The Supreme Court on Monday issued a notice to the Tamil Nadu Government and sought its reply on PETA's plea to put an end to Jallikattu, the bull-taming sport of the state.

The apex court bench headed by Chief Justice of India (CJI) Dipak Misra has sought a reply for the same within four weeks.

Earlier in February, the People for the Ethical Treatment of Animals (PETA) said it will move the Supreme Court in a bid to put an end to Jallikattu and Kambala, the buffalo race of Karnataka, challenging the legislation passed by the assemblies of both the states for allowing these sports to be played.

On January 31, the top court refused to stay the new legislation while hearing the petitions of a number of animal welfare bodies.

However, it had permitted the associations to amend their pending petitions for challenging the law.