The GJM leader had claimed in the top court that he was being politically persecuted by the West Bengal government. 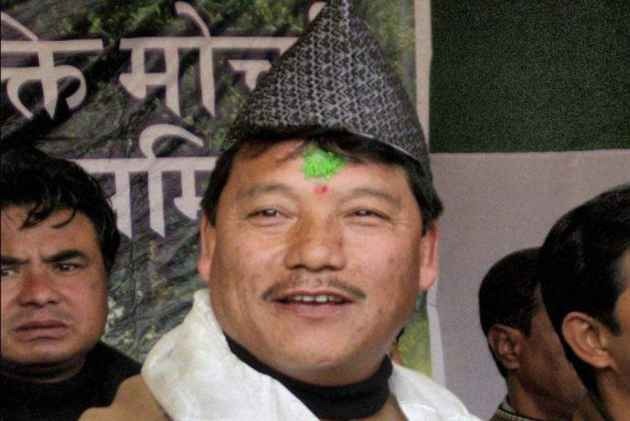 The Supreme Court today dismissed former GJM leader Bimal Gurung's plea seeking protection from arrest in several cases lodged against him in West Bengal and for an independent probe into the alleged killings of Gorkhaland supporters in the state.

A bench comprising Justices A K Sikri and Ashok Bhushan rejected the Gorkha Janmukti Morcha's plea saying it was not a fit case for relief.

"It cannot be said to be a case of individual persecution by the state," the bench said while pronouncing the order.

The apex court had on November 20 restrained the West Bengal police from taking any coercive steps against Gurung.

The GJM leader had claimed in the top court that he was being politically persecuted by the West Bengal government.

However, the Mamata Banerjee government had submitted a list of 53 FIRs lodged against Gurung and said he was facing trial in another 24 cases as well.

The GJM central committee had recently suspended Gurung for six months and appointed Binay Tamang as the party's new president.

The police had earlier claimed that Gurung and some of his aides were absconding after being booked under the Unlawful Activities (Prevention) Act in connection with the violence in Darjeeling hills during the recent agitation for a separate Gorkhaland.

Gurung has approached the apex court seeking an independent probe into the alleged killings of Gorkhaland supporters during the protests.