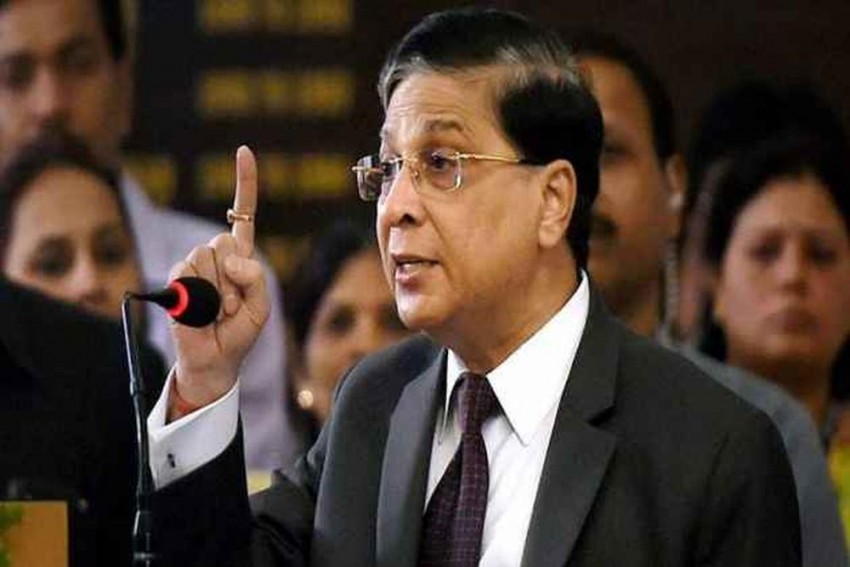 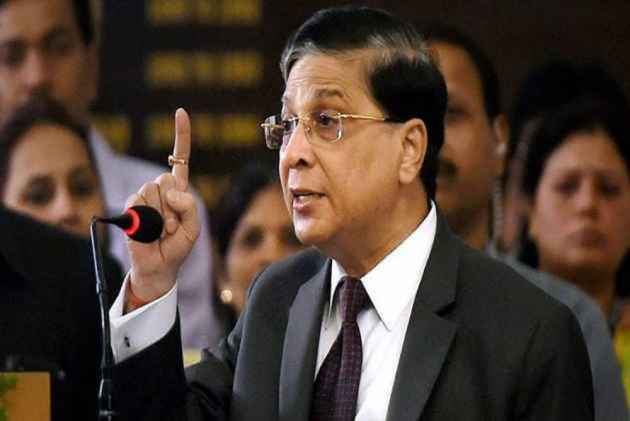 A Supreme Court bench headed by Chief Justice Dipak Misra today turned down a lawyer's plea seeking stern action against the judges who called a press conference on Friday to criticise  him.

"No, no," said Chief Justice Dipak Misra, heading a bench which also comprised Justices A M Khanwilkar and D Y Chandrachud, when lawyer R P Luthra referred to the January 12 press conference held by four judges on the issue of assignment of cases and soughgt stern action in the matter.

"The temple of justice cannot be destroyed by a group of people. Please proceed, whether it is contempt. No one should be allowed to destroy the top institution.

"We will not allow the institution to be destroyed by anti-national people," Luthra, who had earlier challenged the appointments made to the higher judiciary in the absence of Memorandum of Procedure (MoP), said.

The lawyer did not specify whether he was seeking action against the four judges.

The bench chose not to comment on the submissions and went ahead with the mentioning and other listed cases.

It was on Luthra's plea that a two-judge bench of the apex court had on October 27 last year had agreed to examine the issue of delay in finalisation of MoP for appointment of judges in higher judiciary on judicial side.

However, a three judge bench headed by the CJI later recalled the order on examining the issue of delay.

In an unprecedented move, the four top judges, Justices J Chelameswar, Ranjan Gogoi, M B Lokur and Kurian Joseph, had on January 12 convened the press conference and said the situation in the top court was "not in order" and many "less than desirable" things have taken place.

Raising the issue of assignment of cases, the judges had said that unless the institution (Supreme Court) is preserved, "democracy will not survive in this country".

The judges, in their letter to the CJI last October, had referred to the orders passed on the petition filed by Luthra seeking finalisation of the MoP.

The letter had also said, "once the issue arising from the order dated October 27, 2017, in RP Luthra Vs UOI, mentioned above, is adequately addressed by you and if it becomes so necessary, we will apprise you specifically of the other judicial orders passed by this court which would require to be similarly dealt with".