Bhutto was killed along with 21 people in a gun-and-bomb attack outside Rawalpindi's Liaquat Bagh during an election rally on December 27, 2007. 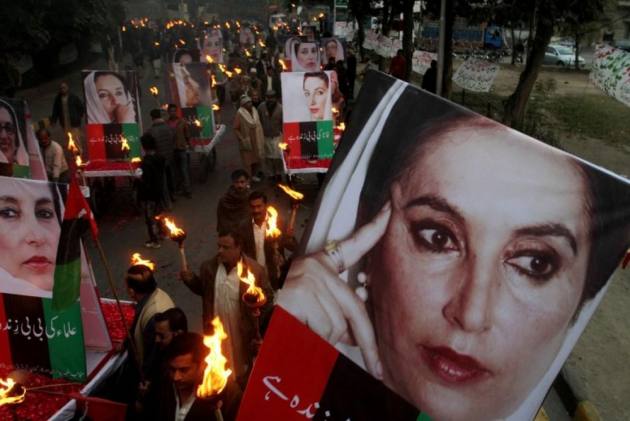 The Supreme Court on Friday dismissed a petition seeking the suspension of bail granted to two police officers accused in the murder case of former Prime Minister Benazir Bhutto.

They had been sentenced to 17 years in jail in 2017 for negligence in arranging security which subsequently led to the assassination of Bhutto, the Pakistan Peoples Party (PPP) chief and a two-time Premier. However, the High Court had later granted them bail.

Bhutto was killed along with 21 people in a gun-and-bomb attack outside Rawalpindi's Liaquat Bagh during an election rally on December 27, 2007.

"No occasion has been found to interfere in Lahore High Court Rawalpindi Bench order to grant bail," said the Friday order passed by the bench.

Former President Pervez Musharraf was declared a proclaimed offender after being charged with "abetment and conspiracy to murder" in relation to Bhutto's death.

PPP Chairman Bilawal Bhutto lamented that the verdict by the trial court did not declare Musharraf a convict and acquitted the facilitators and abettors of the attack.