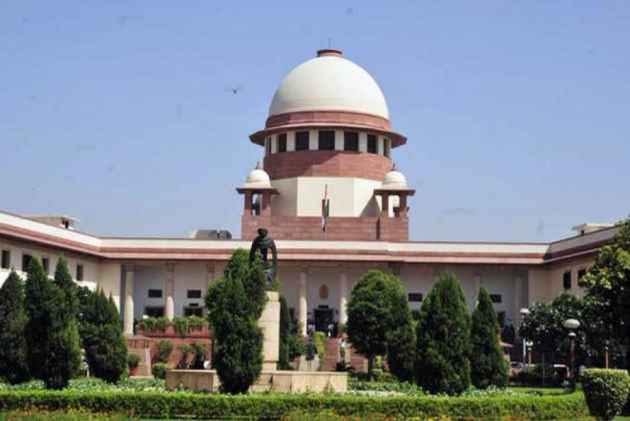 The Supreme Court has stayed the execution of a couple, sentenced to death in a case of kidnapping and sacrificing a two-year-old boy.

A bench headed by Justice Dipak Misra admitted the appeal filed by the condemned prisoners, Ishwari Lal Yadav, and his wife Kiran Bai, whose death penalty was confirmed by the Chattisgarh High Court in the human sacrifice case.

"Let the lower court records be called for. There shall be stay of the execution of the death sentence. Let the matter be listed before the appropriate bench in the week commencing November 28," the bench, also comprising Justices Amitava Roy and A M Khanwilkar, said.

The case dates back to November 23, 2010 when Chirag, the two-year-old son of Poshan Singh Rajput, went missing while playing outside his house in Ruabandha area of Chattisgarh's Bhilai Nagar.

It was alleged that the two main accused, Yadav and his wife, used to indulge in Tantric (ancient yogic spiritual) practices. Kiran Bai had allegedly asked him to get a small child for sacrifice and the boy was kidnapped and allegedly killed in a gruesome manner.

The family members of the boy and other neighbours had heard loud music coming from Yadav's house. On suspicion, they entered the house and found blood stains, bowls of blood and chopped body parts in a room, the prosecution had alleged.

The child's body was recovered buried in the room following Yadav's interrogation.

A case was lodged for the offences of murder, kidnapping in order to murder, causing disappearance of evidence and other provisions of IPC against 12 people, including four minors. 11 persons, including Yadav's children were nabbed.

The trial court had sentenced the husband-wife duo and five others to death for the crime. The Chhattisgarh High Court had confirmed the death penalty of the husband and the wife but reduced the sentence of the co-convicts.