The SCBA president had said advocates practicing in the Supreme Court are hardly considered for appointment as high court judges by the collegiums. 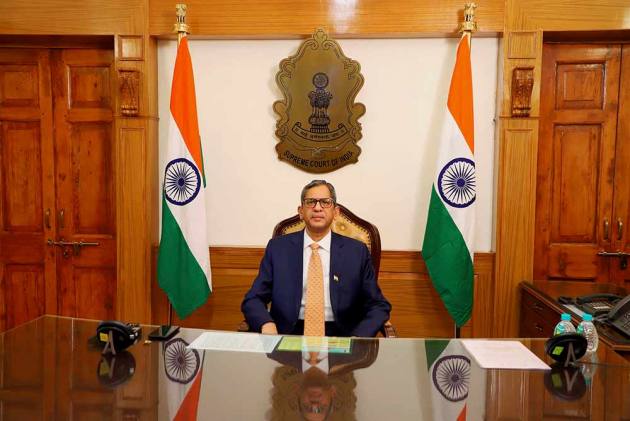 The Supreme Court Bar Association (SCBA) in an open letter wrote to Chief Justice of India N V Ramana expressing their dismayal  at the non-consideration of names of its members for elevation as judges in various high courts.

SCBA president Vikas Singh in his letter addressed to the chief justice and the four senior-most judges of the apex court on January 6 said that it had constituted a search committee which identified 48 names for consideration for elevation in various high courts (HCs).

The names were handed over to the the Chief Justice of India (CJI) several months back. However, none of the names suggested by the committee have been considered by any of the high court collegiums despite having a large number of vacancies in HCs, it said.

"The entire exercise was also to bring more transparency in the exercise of appointment to the higher judiciary which is repeatedly being alleged to be under a cloak of secrecy," it was claimed in the letter.

The letter stated that a decision had also been taken by the earlier executive committee along with the judges committee to change the partition walls of chambers so as to make three chambers out of two for the purposes of single allotment.

However, inspite of the association's repeated request, the final chamber allotment list was not prepared in a time-bound manner, it said.

"We have been corresponding with the registry to find out the progress of work in terms of the decision of last executive committee and we were told that no work has started to re-design the same," the SCBA said in the letter.

It claimed that the association has been asking for extra space to provide for a more proximate library, a lunch room and rooms for the president and secretary of SCBA in the annexe building in front of Court No. 11 which was verbally assured by former CJI Dipak Misra. However, "till date no action has been taken in this regard", the letter stated.

The SCBA has requested that an urgent audience be granted to its executive committee to discuss the issues and necessary action be taken at the earliest. "We are now getting a feeling that the SCBA, since it has never resorted to strike in its history, is not being given its due importance," it said.

The collegiums, according to the prevalent practice, headed by chief justices of high courts shortlist and recommend names of lawyers practising there and the judicial officers under service category for appointment as high court judges.

The SCBA president said the experienced and seasoned lawyers practising in the apex court will prove to be deserving and meritorious judges of high courts.