The SCBA said its executive committee held a meeting on Friday and unanimously resolved to organise a candle march at a time and date to be decided by the SCBA President and senior advocate Vikas Singh, when lawyers can participate following Delhi Disaster Management Authority’s COVID-19 guidelines. 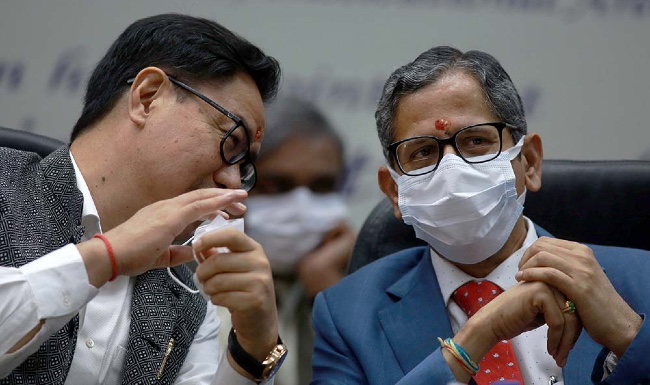 The Supreme Court Bar Association (SCBA) on Saturday said it will hold a candle march at the Rajpath here to raise several grievances, including non-consideration of its members’ names for elevation as judges in various high courts.

In a press release, the SCBA said the candle march will be held to raise grievances including, “the lawyers are being muted and unmuted by the court staff and the same militates against the concept of open court hearing as mandated in Article 145 of the Constitution”.

It said the other grievances included -- matters not being listed on non-discriminatory basis, that is, strictly as per date of filing and the delay in finalisation of seniority list for allotment of chambers. “Non-consideration of SCBA members for elevation to various high courts,” said one of the grievances mentioned in the press release.

The bar body said it will also raise grievances regarding no steps being taken for construction of new lawyers’ chamber on the land near ITO here and not giving apex court advocates access to the auditorium and additional space in the Supreme Court building. The SCBA had recently written a letter to Chief Justice of India N V Ramana expressing anguish at the non-consideration of several pending issues of the bar, including issue of elevation of its members as judges in various high courts.

In his January 6 letter, SCBA president Vikas Singh said the bar body had constituted a search committee which identified 48 names for consideration for elevation in various high courts. It said the names were handed over to the Chief Justice of India (CJI) several months back. However, none of the names suggested by the committee has been considered by any of the high court collegium despite having a large number of vacancies in the high courts, it said.

"The entire exercise was also to bring more transparency in the exercise of appointment to the higher judiciary which is repeatedly being alleged to be under a cloak of secrecy," it was claimed in the letter.