"In the light of recent atrocities, schools are unfortunately not safe anymore. We have failed in ensuring security for our children," 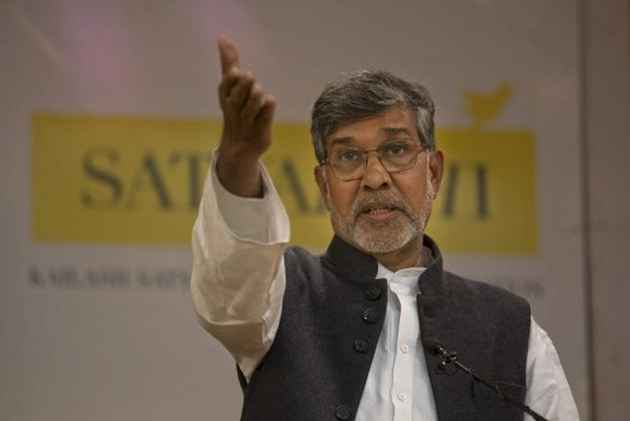 Condemning the recent atrocities against the two victims of sexual abuse-one in Ryan International School, Gurugram, and the other in Tagore Public School, Delhi, Nobel Peace laureate Kailash Satyarthi has stated that schools in India are not safe for children anymore, reiterating that security measures need more stringent review.

"I have always encouraged children to go to school, as I believe that every child should receive education. Schools were considered to be the safest place for children. However, in the light of recent atrocities, schools are unfortunately not safe anymore. We have failed in ensuring security for our children," Satyarthi told ANI in an exclusive telephonic conversation.

Satyarthi, who recently embarked on a 'Bharat Yatra' to spearhead the fight against child trafficking and child sexual abuse across the country said the recent events has instilled a sense of fear and aversion towards education in the minds of both parents and children alike, condemning this to be a 'matter of shame'

"During my yatra, I met with a young girl who was raped on her way back home. The minute I said anything to do with going to school, she began shivering and went through severe discomfort. This is the state of affairs and there are many such young children. Even parents are uncomfortable with sending their children to school," he said.

"While setting up a school, safety measures need to be on top of the priority list of the management, be it when a child is in school, outside the school or in transit to and from home. I don't see enough safety measures being deployed in school, and this is a matter of concern. It is a matter of shame to see such incidents, and I want to save the country from such atrocities through my Bharat Yatra," added Satyarthi.

Encouraging the society to move towards an India that secures one's childhood ('Surakshit Bachpan-Surakshit Bharat'), the Nobel laureate said the government too must not shy away from taking control of the situation, be it at the state or Centre.

Responding to the lathicharge against protestors in front of Ryan International School, Satyarthi urged that anger must be channelized into constructive solution, adding that parents need to constantly pressurise the school authorities to take up matters of security more seriously.

"Those dealing with children, including teachers, bus drivers and conductors, peons, and others need to go through adequate background checks before being hired. More stringent security measures need to be imposed by empowering parent-teacher associations (PTA). On the parents' part, they must be alert and pressurise the administration using PTA meetings as a platform to raise any concerns they may have," he said.

Seven-year-old Pradyuman, a student of Class II in Ryan International School, was killed by the school bus conductor on Friday.

In other gruesome incident, a five-year-old girl was allegedly raped inside the premises of the Tagore Public School in Gandhi Nagar, Delhi, on Sunday. (ANI)