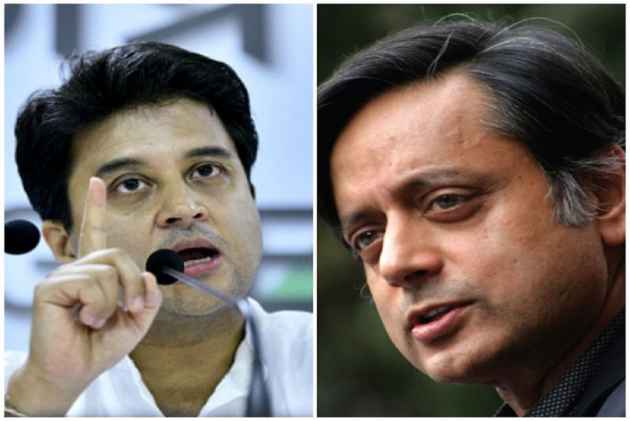 Congress leader Jyotiraditya Scindia has chosen to attack Shashi Tharoor, a Lok Sabha MP of his own party, over the latter's 'valourous maharajas' remark. However, Scindia may not be aware of a famous poem written by famous poet Subhadra Kumari Chauhan which mentions his royal ancestors being in cahoots with the British.

Here is the stanza from the poem "Jhansi Ki Rani":

(Friends of the British, the Scindias, had abandoned their capital, we have heard the story from Bundelon Harbolon(religious singers from Bundelkhand), she fought with valour, she was the queen of Jhansi)

Here's a video of Subha Mudgal reciting the poem:

"I think he (Tharoor) should study history. I am Jyotiraditya Scindia and I am proud of my past," Scindia has been quoted as saying in response to a remark attributed to Tharoor.

Earlier, speaking at an event, when Tharoor was asked why his book, 'An Era of Darkness: The British Empire in India', had a 'whiff of victimhood', he said: "It is (our fault) and I say so. I actually don't take the mantle of victimhood. In about half-a-dozen places in the book, I am harsh enough on us... Some British reviewers said 'Why doesn't he explain why the British conquered?' And it's a fair question...," Tharoor said.

"In fact, every single one of these so-called valorous maharajas, who today are after a Mumbai filmmaker because their honour is at stake, they were less concerned about their honour when the British were trampling all over it. They scurried to accommodate themselves. So let's face it, there is no question, that we were complicit," he added.