SC/ST Act: Friction Between Dalits, Savarnas Will Not Help Either, Says Ramdas Athawale 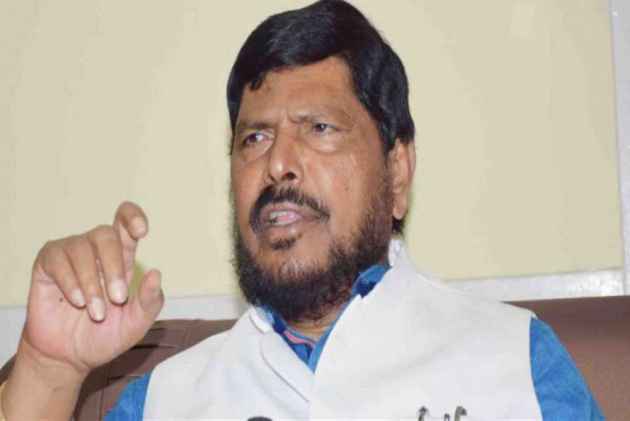 Minister of state for social justice and empowerment Ramdas Athawale speaks to Outlook about why the Dalits are angry over the ‘watering down’ of the Atrocities Act. On a day that the Cabinet cleared the introduction of the bill in Parliament to reverse these changes, he also describes the process to be followed thereafter

What is the government’s position on the Atrocities Act?

The government is serious about restoring the Atrocities Act. The matter is still in court, not finalized, and the ordinance can’t be done right now (as Parliament session is on). The Dalit society is also angry over the NGT matter, where (Justice AK) Goel has been appointed the chairman. But that has been done by the SC and not the government. Still, people are indignant that the one who gave this judgment has been appointed. I spoke to Gahlotji about the ordinance and he said there should be a cabinet discussion on it. The government is considering it seriously. The government’s writ petition is also pending on this matter.

What explains the extent of Dalit anger over the Supreme Court judgment that seemed to water down the Atrocities Act?

The court had said in March that they have no right to interfere with a Parliament-made law. Even then the judge(s) should not meddle with procedures laid down in the law. If the SSP has to be consulted before a case is registered then the question arises, who will inquire the complaint’s correctness and when will the Act be used against perpetrators? We say that when someone has been attacked, a house has been burned, a murder has happened, or a Dalit woman has been raped, these are instances of persecution, these cannot be called “false” cases. The judge says that 90 per cent of cases can be false. If on the basis of evidence and hearing both parties the court concludes that the Atrocity Act was not properly applied in that particular case the court has the right to release those accused.

People are saying that the chaos, whether in court or outside, was because of the BJP government being anti-Dalit….

Every year around 45,000 cases are registered under this law. So I don’t agree that because the BJP government is in power that is why atrocities are taking place. This is an allegation being made but atrocities happened during Congress’ term as well. This is not Congress' or BJP's fault, it is because of casteism.

What can be done about this problem then?

I feel that in this respect all Savarnas and Dalits should gather ourselves and come together. Dr Babasahib Ambedkar laid the foundation for equality and clash or strife between Dalits and Savarnas is not to the advantage or both of them; the polemics and friction between them will not help either but it is more harmful for Dalits. They stand to lose more because they are in a minority. The casteist feelings should also be removed and all should participate in the effort to do this. Also, I consider the caste system responsible for these crimes but the government in power also has a responsibility to protect Dalits. Those who do these things, they should be given strict punishment, no matter whose government.

Why is the mobilisation of Dalits for August 9 'Bharat Bandh' a cause of concern for parties?

On April 2, such a big mobilisation was not foreseen. People used WhatsApp to organise themselves and eight people died. Savarna people attacked the Dalits and they suffered big losses. That is why I suggest to people, don’t do Bharat Band but do struggle through things like rallies.

What is the next step?

If Cabinet clears this, a bill will be brought and we will consider making amendment in the bill too. When this Act was passed in 1989 then MPs of all castes had assented to it. It had created a lot of sympathy for their leaders among the Dalits as well. In that time there used to be large-scale atrocities on Dalits and such a bill was needed to create fear among those who do those crimes. Now the Act is non-baliable so Dalits feel protected.