He revealed that it was the former India captain's 'advice' to change his stance in 2006 that helped him score a lot of runs. 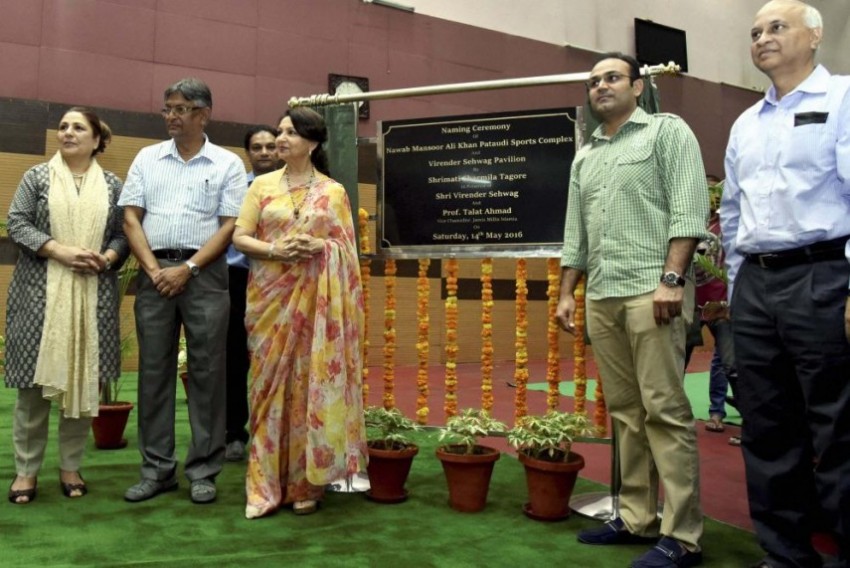 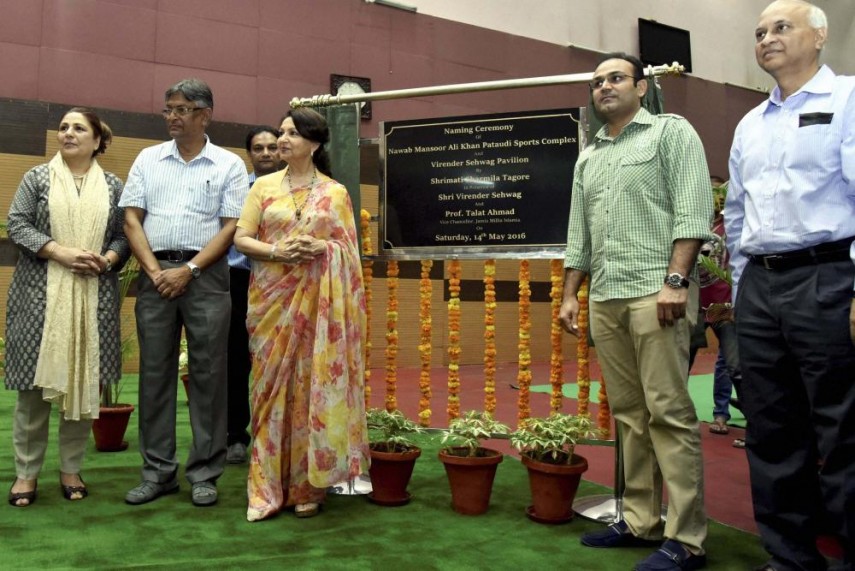 New Delhi has been — and is — home to many past and present Indian cricketers and captains. But when a frustrated Virender Sehwag, for the first time, openly alleged widespread corruption in Delhi cricket in 2009 and had threatened to leave Delhi over it, he had turned to Mansur Ali Khan Pataudi for guidance.

After Sehwag, feeling helpless with a "corruption-ridden" DDCA administration, told Arun Jaitley, then president of the Delhi and District Cricket Association, of his 'decision' to leave Delhi, the politician asked 'Viru' to meet him. It was then that Sehwag turned to 'Tiger' Pataudi to articulate his thoughts on the raging issue of corruption, particularly in the selection of Delhi teams, that he had raised.

Sehwag, the only Indian to score two triple Test centuries, has not forgotten that contribution — and more. On Saturday evening, he indicated how much he respected the late Pataudi, especially after revealing that it was the former India captain's 'advice' to change his stance in 2006 that helped him score a lot of runs.

While speaking at the naming ceremony of the 'Sehwag Pavilion' and 'Mansur Ali Khan Pataudi Sports Complex' at Jamia Millia Islamia, the ace cricketer said he had met Pataudi only a couple of times — in 2006, August 2009 and, maybe, a couple of times more.

"I was travelling with him in a car and I asked him 'sir, have you seen my batting?' in 2006 when I was not scoring runs. He told me 'you are a good player, keep believing in yourself, trusting in yourself'," former India captain Sehwag, an alumnus of Jamia, told the audience.

"I said 'can you give me some advice?' He said 'I don't think you need advice but since you have asked me I can tell you that if you open your leg a little bit then you will score a lot of runs. And after that I scored my second triple century," Sehwag said to thunderous applause from the audience comprising Sharmila Tagore, wife of Pataudi and Bollywood actress, Jamia Vice-Chancellor, teachers and students.

"I was very thankful to sir [Pataudi] who gave such honest advice, and after that I scored many, many hundreds, the [second Test] triple century, and a double hundred in one-day matches. I was lucky. It's great honour for me to be here and spending time with you," he said.

Pataudi, the first India captain to register a Test win overseas, in 1969, had later disclosed that Sehwag had requested him to accompany him for the meeting at Jaitley's residence in August 2009, and he agreed due to his "respect for Sehwag".

Apart from Pataudi, the other story that Sehwag, dressed in a green checked shirt and brown trousers, narrated to his spell-bound listeners was how he got admission in Jamia.

"And after that [getting admission] I played for the country. So, I am very, very thankful to this university that gave me admission when no college in Delhi gave me admission," the swashbuckling batsman, who completed his Bachelor of Arts degree in 2001-02, said to a loud laughter and applause from the gathering.

"Noor sir took my selection and told me one thing only. [Since] in XIIth standard I had a compartmental [re-exam], in English, so he asked me to clear that exam and then only would I get admission. He said 'go and study hard to clear that exam so that I could join the university'. I worked hard and cleared the exam and joined the university," he said. "I worked hard [at cricket] and practiced for hours and hours."

Due to his preoccupation with matches, Sehwag's attendance fell short of the minimum required mark for taking exams and Noor Mohammed had to take him to then Vice-Chancellor to get him special permission to write papers.
"He told him that 'this is the boy who will play for India one day. So, please allow him to sit in the exams, because if he doesn't practice, doesn't work hard, he can't play for India'," he said, referring to the reasons Noor Mohammed gave for short attendance.

"Thank you the Vice-Chancellor at that time and Noor sir who, believing in me, gave me the opportunity to use this ground and be a part of Jamia," said the indebted retired cricketer, now mentor of IPL franchise Kings XI Punjab.

However, Noor Mohammed was surprisingly missing from the function, despite living at a stone's throw from the venue. It transpired that he was not invited, that, too, to at a venue that he had worked hard to develop to its present shape, and where he even today goes for his daily morning walk.

When contacted, Noor Mohammed, who retired from Jamia in 2014, said he was not invited. "It's a normal practice that retired heads of department of any office are usually invited for such functions," he said.

The land on which Jamia's Bhopal Ground, which comprises an international-size cricket field and a modern sports complex, was developed was donated by Pataudi's mother, Begum Sajida Sultan, the last begum of Bhopal. The complex has now been named 'Nawab Mansoor Ali Khan Pataudi Sports Complex' but the words 'Bhopal Ground' have also been retained. It is also a first-class cricket venue where several Ranji Trophy matches have been played.

Sharmila Tagore, dressed in a yellow saree, said that "ideally" her husband should have been attending and speaking on this occasion, but considered it a "singular honour" and an "emotional moment" for her to be there.

"You probably only know him as a cricketer. But in truth he had a natural talent for many other sports. He played racquets, he played tennis, he played squash, he played football, he played hockey. So he was really blessed. And he also played a lot of snooker, hustled a lot of people and made money at the Bombay Gym Club, and also played bridge. And he had a lot of love for athletics. So this place, he would really have loved it," she said in her measured speech.
Sharmila said Tiger was "always calm and in control with his amused grin".

"He always had this look as if there is something funny about the world and detached from the machinations of lesser men. On the field he was relentless and hard hitting, passionate and unstoppable. Off the field he was caring, gentle, generous, very, very funny and very, very naughty," she said.

Sharmila also briefly touched upon the present state of Indian cricket, clearly hinting at the administrative side of the BCCI.

"Indian cricket is at the moment in a considerable state of reflection. It is blessed with resources in terms of players and infrastructure. However, some big questions remain," she said without pronouncing the word 'BCCI', which didn't treat Pataudi well in his last few years. When his IPL fee was withheld, he had to move the Bombay High Court to recover Rs.1.16 crore from the BCCI in April 2011, just a few months before he died. In 2013, BCCI instituted an annual lecture in his memory.

Jamia presented to Sharmila an oil portrait of Pataudi, made by Shah Abdul Faiz, an assistant professor in the Faculty of Fine Arts at the university, and a crafted framed photo of Sehwag to the ace cricketer.

And Sharmila donated Jamia a large-sized black-and-white framed portrait of Pataudi executing a cover drive, possibly while representing Sussex in English county competition, which she unveiled at the entrance of the sports complex.

Asked why she chose that particular photo, Sharmila told Outlook: "It's a good shot and I like the concentration, [his] hand-eye coordination."

Sehwag also unveiled a photo of his, batting in India's ODI coloured uniform, as part of the simple ceremony.