They were all senior editors, handpicked by their organizations to accompany the CM on this very important tour. 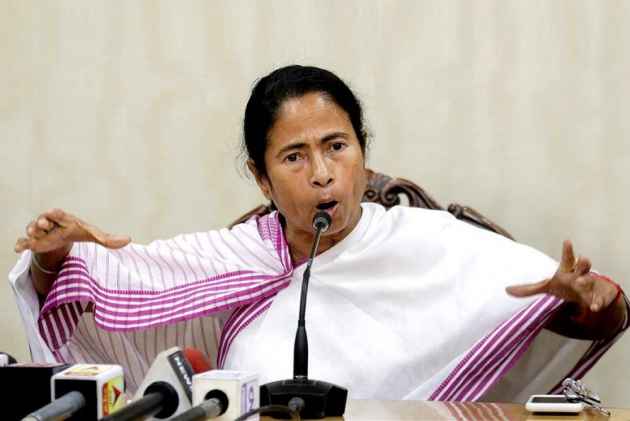 The security staff at the luxury hotel in London was in a dilemma. CCTV cameras were live streaming what appeared to be guests – who were attending an official dinner at the conference hall – flicking silverware from the large table around which they sat and stealthily stuffing them into bags and purses placed on their laps.

They debated whether they should raise an alarm but they didn’t want to embarrass the dignitary in whose honor the dinner had been thrown. Not only was she a VVIP guest at the hotel but she was the chief minister of the Indian state of West Bengal who was in London on an official tour. The other visitors seated around the large table included a host of prominent citizens both from India and the UK and included politicians, industrialists and journalists.

As for the Indian scribes they were all senior editors, handpicked by their organizations to accompany the CM on this very important tour. That they would be polishing off the cutlery along with the delicacies served was quite unthinkable, given that they were supposed to be the famed “conscience keepers” and the “fourth pillar” of the thriving democracy that India is. But the CCTV footage was rolling and it was clearly happening.

Allegedly the first to pick a set of dessert spoons off the table and into his pocket was a senior journalist, a reporter with a respected Bengali newspaper. Confirming this to Outlook, another senior journalist, the editor of another news publication, who was part of the delegation, said that this particular reporter was a regular on Banerjee’s foreign tours.

According to some reports, several other scribes, who had noticed him, didn’t want to miss out on the loot and followed suit perhaps erroneously thinking that they would get away with it. That the hidden CCTV cameras were capturing their every move didn’t occur to them.

“Or they possibly thought that the cameras wouldn’t be working anyway as is often the case in Bengal,” quipped another member of the Bengali team of journalists, clearly taking a dig at Bengal’s notorious infrastructural shortcomings.

After much pondering the security staff decided to quietly inform the journalists that they had been watching them and knew what they were doing and requested them to put the stolen items back on the table. Most of them felt ashamed and returned the silver.  Only one gentleman however apparently refused to admit that he had stolen anything and even dared the staff to search his pockets. But what he didn’t realize however, according to some reports, was that the CCTV cameras captured him putting all his loot into the bag of another fellow journalist from Bengal hoping that he, instead of himself, would be blamed.

That was the point when the hotel had had enough and told him that he would be reported to the police unless he cooperated. Eventually he confessed and was let off after paying a fine of 50 pounds.  Though the newspaper house for which he works declined to comment on the incident other than to say, as did one of its senior editors when contacted by Outlook, “Yes, it’s true,” the news apparently spread like wildfire within the Indian community in London.

According an account by a Bengali journalist, this particular man has a “habit of regularly pilfering cutlery and other goods from hotels during foreign tours though this is the first time he got caught.” He goes to the extent of claiming that this man “is a cheapskate who stays in economy hotels to save money but reaches the star hotel of the CM so that he could partake of the free and lavish breakfast served there.” His contemporaries also cast aspersions on his merits as a journalist with claims that the disgraced scribe is the son of a well-known Bengali author, who used his father’s connections to land a job at the newspaper though he was not qualified. He is said to have initially joined as a clerk but then moved up, “using his manipulative abilities not just to become a journalist but to get himself attached to all the foreign trips and junkets”.

Clearly though, he was not born with a silver spoon in his mouth in the world of journalism, but had a knack for knowing how to get it.