Sentiments Of Devotees Not Taken Into Consideration: RSS On Sabarimala Verdict

Kerala Chief Minister informed that the state government would not file a review petition against the Supreme Court's verdict on Sabarimala temple. 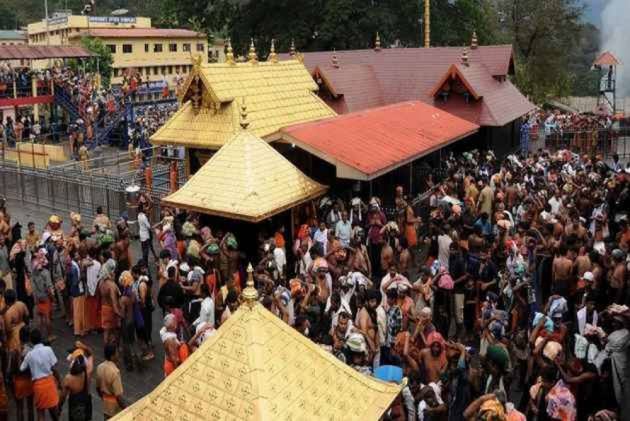 The Rashtriya Swayamsewak Sangh (RSS) on Wednesday criticised the Kerala government for immediately taking steps to facilitate the entry of women in Sabarimala temple "without taking the sentiments of the devotees into consideration".

Hours after Kerala Chief Minister Pinarayi Vijayan said that his state government will not file a review petition on the Supreme Court's judgement allowing women of all ages to enter the Sabarimala temple, the RSS said, "Unfortunately, the Kerala Government has taken steps to implement the judgement with immediate effect without taking the sentiments of the devotees into consideration."

The RSS called upon all the stakeholders to come together to analyse and address the issue availing judicial options also.

"While the Supreme Court judgement should be respected, the RSS calls upon all the stakeholders to come together to analyse and address the issue availing judicial options also. They must convey their concerns on their right to worship in a manner which best suits their faith," the RSS said in a press release.

Earlier in the day, Kerala Chief Minister informed that the state government would not file a review petition against the Supreme Court's verdict on Sabarimala temple.

The Chief Minister further said that all the required facilities and protection would be ensured to the women devotees visiting the temple.

"Women police personnel from Kerala and neighbouring states will be deputed to ensure law and order. Women who want to go to Sabarimala cannot be stopped," he added.

On September 28, the five-judge Constitution bench of the Supreme Court removed all restrictions imposed on Sabarimala temple with regard to the entry of women between the age group of 10 to 50.

Pronouncing the verdict, former Chief Justice of India (CJI) Dipak Misra had said that the ban in place violated Constitutional principles and that women's rights cannot be subverted as they are in no way less than men.

The apex court had also said that no physiological and biological factor could be given legitimacy if it doesn't pass the test of conditionality.