He described the All Parties Meeting as nothing but "a farce to mislead people into believing that they are serious or can do something to bring people out of the current oppressive state." 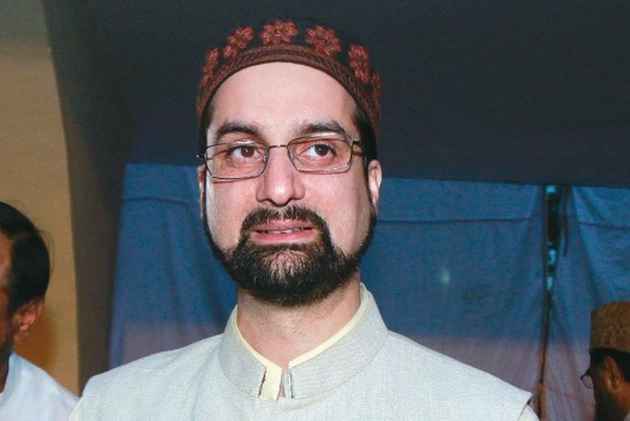 While rejecting, what he called, “All-pro India Parties” meeting, chaired by Chief Minister Mehbooba Mufti, chairman of moderate faction of Hurriyat Conference Mirwaiz Umar Farooq today said, "all these parties willingly preside over repression for the sake of chair and power."

“But they have no real power as all power rests with New Delhi and they want us to believe that their meetings will bring us relief”, the Hurriyat leader said.

“Over the years these parties kept yielding our sovereignty and compromising on our status before New Delhi for the sake of chair. Today Kashmir is a colony of India with over seven lakh Indian troops stationed here ensuring forcible control,” Mirwaiz said in an unusually strong statement.

Mirwaiz said when all space "for the expression of dissent" is choked and gagged as in Kashmir, “youth feel forced to turn to violent means.”

“When these young boys are killed by the forces and police as in Shopian their bosses condone and congratulate the forces. And when young civilians are killed, there is silence, not even an FIR is filed anywhere for the killing of seven innocent youth which includes the one who was mowed to death by an armoured vehicle”, Mirwaiz said referring to recent incidents of killings of civilian protesters in Shopian and Srinagar.

Mirwaiz said if these parties are really serious and mean business then “all the black laws” should be revoked forthwith and the “force’s personnel responsible for the massacre of innocent youth should be brought to justice.”

"Our suffering is an outcome of the draconian laws and legislation put in place here by New Delhi with the full cooperation and support of these pro-India parties”, Mirwaiz said.

“The situation in Kashmir is so fragile and worrisome that in just two months forces have killed 32 civilians mostly youth while scores have been blinded and maimed by the deadly pellets and pava shells", Mirwaiz alleged.

"For the resistance camp, all means of peaceful protests and political space has been closed”, Mirwaiz said alleging that the mainstream parties follow the “diktats of New Delhi and preside over the massacres of Kashmiris.”

He described the All Parties Meeting as nothing but "a farce to mislead people into believing that they are serious or can do something to bring people out of the current oppressive state."

“The fact remains that it is these very parties and people which are responsible for our misery and massacres and the extreme repressive situation that we are facing for the past seventy years in general and thirty years in particular."