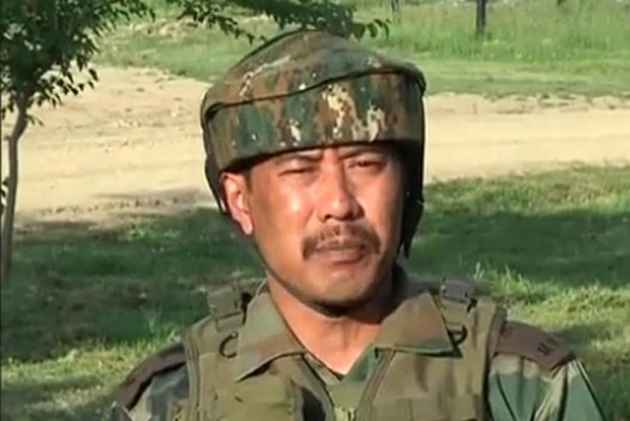 The police today briefly detained Major Leetul Gogoi, who was in the news last year for tying a man to an army jeep allegedly as a "human shield", along with a local woman from a hotel in Srinagar. Police sources said  legal proceedings have been initiated against Gogoi, who is posted in central Kashmir’s Budgam area.

Initial reports suggested the girl was a minor. But, later the police clarified that she is a woman.

Reports suggest the major was detained following an altercation at the reception of the hotel.  The woman (name withheld) along with a person named Sameer Ahmed had reportedly come to visit the major at the hotel. The owner denied entry to them, after which an altercation ensued.

A statement by the police said: "Today at 1100 Hrs, Police Station Khanyar received a call from Hotel Grand Mamta that an altercation has taken place at the hotel. Accordingly a police party was deputed to the hotel, and it surfaced that a one woman (name withheld) and person namely Sameer Ahmed of Budgam had come to see some person. But the hotel receptions did not allow  them to meet the person .Meanwhile police party reached the spot and got all the persons to the police Station. Subsequently it was learnt the that the woman had come to meet an army officer. The identity and particulars of the army officer has been collected by the police as well.The officials were handed over to their unit after due recording their statements. The statement of woman is also being recorded for probing the matter."

Inspector General of Police, Kashmir S P Pani, has ordered a probe to be conducted by Superintendent of Police, North Zone, into the incident, reported news agency PTI quoting the spokesperson.

Recently, Gogoi was honoured with the Army chief's 'Commendation Card' for his 'sustained efforts' in counter- insurgency operations.

The award for Gogoi is seen as a backing of the action of the officer belonging to the 53 Rashtriya Rifles even as the Army maintained that a court of inquiry (CoI)into the incident is "under finalisation".

A video, showing the man tied to the Army vehicle during polling in the Srinagar Lok Sabha by-election on April 9, had triggered a public outcry, prompting the force to institute a probe.

The sources said Major Gogoi was given the award during Army Chief Gen Bipin Rawat's visit to Jammu and Kashmir last week.

The Army chief's 'Commendation Card' is considered a prestigious award and is given for distinguished services and devotion to duty.

The CoI was tasked with a probe into the circumstances that prompted Major Gogoi to tie the Kashmiri youth to the jeep's bonnet as a "human shield".

(The story has been updated with the statement by the police)