A ruling in his extradition case is expected at Westminster Magistrates’ Court in London next month. 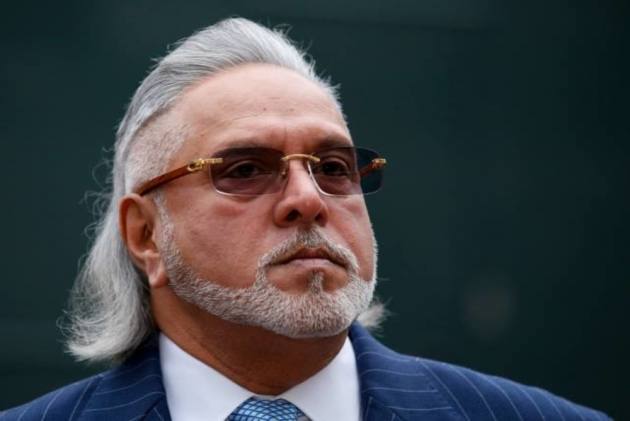 Embattled liquor tycoon Vijay Mallya on Wednesday faced a setback in his battle to save his posh London home from foreclosure by Swiss bank UBS after the UK High Court rejected many of the arguments relied on by his legal team.

The bank has sought repossession of the property at Cornwall Terrace, overlooking Regent's Park in central London, over the non-payment of a 20.4-million pounds mortgage loan.

The property was referred to in the UK High Court as a "high class home for Dr Vijay Mallya and his family members and United Breweries Group corporate guests".

While a trial in the case has been set for May next year, the High Court on Wednesday ruled on the UBS' application to strike out parts of the defence and found substantially in favour of the bank.

"UBS is pleased with the decision. Given that proceedings are ongoing, it would be inappropriate to comment further," UBS said in a statement.

In his judgment following a two-day hearing last month, Judge Chief Master Marsh concluded that he can see no basis upon which the defendants should be given an opportunity to amend their defence.

"They have had an ample opportunity to explain their case in answers to UBS' request for information. The case they put forward is not curable by simple amendments," he said.

"The language of the contractual terms in this case could not be more stark. The loan was made on an uncommitted basis and repayable on demand," the judgment notes.

The judge also expressed his displeasure at the way Mallya's defence team had conducted itself during the case, which meant avoidable delays for the court.

There was a breakdown in the relationship between Mallya's previous law firm, Blake Morgan LLP, "including in relation to fees", which was one of the factors flagged by the court.

The case relates to a mortgage taken out by Rose Capital Ventures, one of Mallya's companies, with the 62-year-old businessman, his mother Lalitha and son Sidhartha, listed as having the right of occupancy on the property.

While Mallya's team claims the bank had called in the loan ahead of an agreed period, the bank has claimed that it is within its rights to call in the mortgage for non-payment.

The application relating to the judgment this week was filed by the bank to strike out claims that any rights to remain in the property by the defendants take priority over the mortgage before a full trial in May 2019.

A ruling in his extradition case is expected at Westminster Magistrates’ Court in London next month.

The extradition trial, which opened at the London court on December 4 last year, is aimed at laying out a prima facie case of fraud against Mallya and establishing there are no bars to him being extradited to face Indian courts over the allegations relating to loans made out to his now-defunct Kingfisher Airlines.

In separate legal proceedings, the businessman had also lost his appeal in the UK's Court of Appeal against a High Court order in favour of 13 Indian banks to recover funds amounting to nearly 1.145 billion pounds.

The High Court order, earlier this year, in favour of the State Bank of India (SBI) led consortium had reinforced a worldwide freezing order against Mallya's assets.