Vishweshwar Reddy, a tech honcho and grandson of former Andhra Pradesh Deputy Chief Minister Konda Venkata Ranga Reddy, had joined TRS on the eve of the 2014 elections and was elected to the Lok Sabha from Chevella. 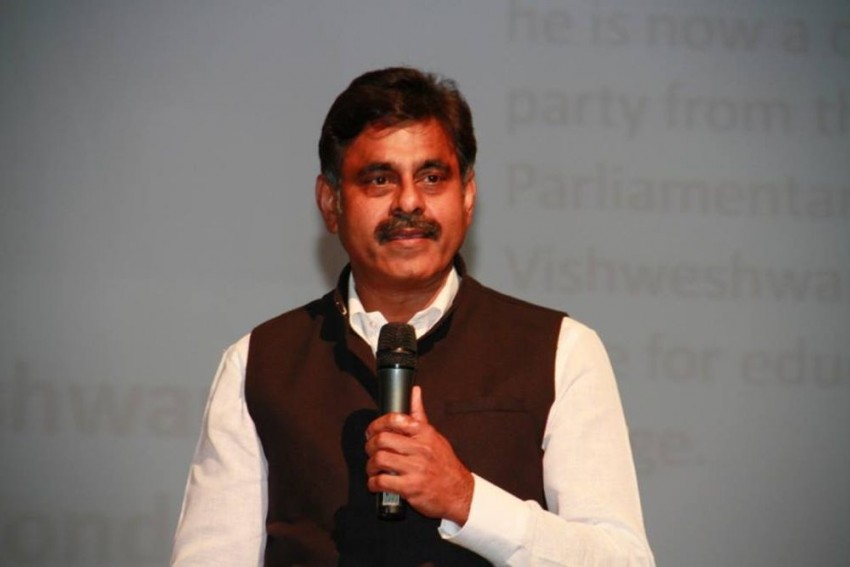 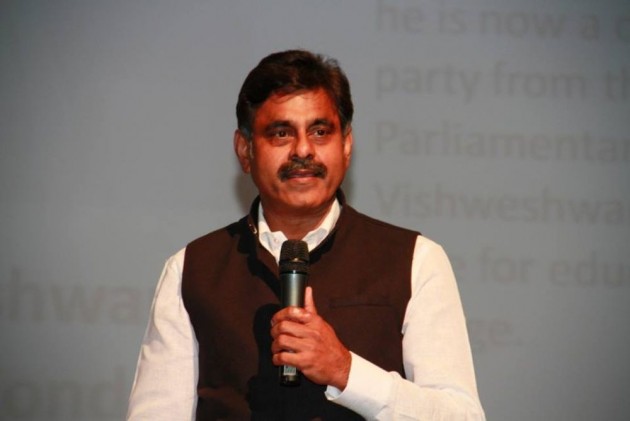 In a huge setback to Telangana's ruling TRS ahead of next months Assembly elections, its MP K. Vishweshwar Reddy on Tuesday announced his resignation from the party as well as Parliament.

In his 3-page letter to TRS president K Chandrasekhar Rao, Reddy alleged that the party has compromised on its principles by giving more power and prominences to the people who were against the ideology of the party in the Cabinet.

Vishweshwar Reddy, a tech honcho and grandson of former Andhra Pradesh Deputy Chief Minister Konda Venkata Ranga Reddy, had joined TRS on the eve of the 2014 elections and was elected to the Lok Sabha from Chevella.

Vishweshwar Reddy is the husband of Sangeetha Reddy, Joint Managing Director of Apollo Hospitals, one of the largest private hospital groups in the country.

With family assets of Rs 528 crore declared in 2014, he is the richest MP from Telangana.

Reddy told KCR that he joined the party and contested the elections with the hope and enthusiasm at his invitation.

He stated that during the last few years the party distanced itself from people.

He said he had reasons at personal, constituency, state and party levels behind his decision. "I tried to maintain a fair and selfless stance on all issues despite provocation.

"I am powerless within the party and because of the tenets of good behaviour for a party member I could not speak out or take action. Furthermore, my multiple attempts to resolve issues or at least come to terms with them failed.

Reddy also mentioned that he will always respect KCR for his struggle for separate Telangana but is deeply pained at the current situation.

It was immediately not clear if Vishweshwar Reddy will join any other party.

The development came close on the heels of the prediction by Congress' Telangana unit working President Revanth Reddy that two TRS MPs would quit the party and join the Congress.

Interestingly, Vishweshwar Reddy and another TRS MP A. Seetaram Naik had denied reports in a section of media that they were planning to quit.

Last month, TRS leader and Rajya Sabha member D. Srinivas had called on Congress president Rahul Gandhi to express his desire to return to the Congress.

Telangana will go to polls on December 7 for the Legislative Assembly Elections, which will elect members from 119 constituencies. The counting of votes will take place on December 11.

The Assembly was dissolved on September 6, eight months before its term was to expire, as the ruling Telangana Rashtra Samithi (TRS) opted for early elections.

TRS is contesting all seats on its own while Congress is leading 'Mahakutami' or grand alliance of opposition, which also includes Telugu Desam Party (TDP), Telangana Jana Samithi (TJS) and Communist Party of India (CPI).