Sethji Goes On A Safari

There's huge potential no doubt, but there remain wide gaps in doing business with Africa 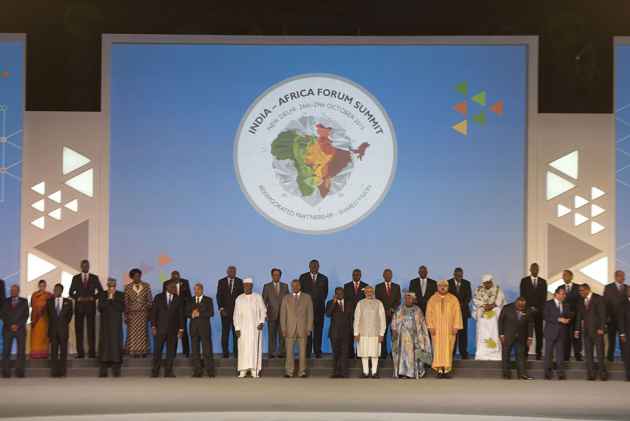 Last week, Bharti Airtel, one of the biggest Indian investors in Africa, closed a deal to disinvest 8,300 of their towers in Uganda, Kenya, Burkina Faso and Ghana. This is just one of the sales the debt-ridden company made to safeguard their assets in Africa. They are not the only ones. Since the past few years, there has been an emerging trend of disinvestment by Indian companies in Africa.

The recently concluded India Africa Forum summit in Delhi saw almost 40 dignitaries of different African states visiting the capital to enhance strategic and diplomatic ties. The summit had an ambitious objective — to make India Africa's largest trade partner. The summit, according to India's Minister of State for Trade and Commerce, Nirmala Sitaraman had two goals in mind—strengthening diplomatic and economic ties.

Yet, trade between private industries across the South- South parameter remains little understood by both entities. Details of foreign direct investment between the countries are not yet charted out and treaties regarding tax exceptions and overseas direct investment often lead to companies withdrawing funds from the subcontinent.

Trade relations between India and Africa started ever since India opened its market to international forces in 1990 with its new regime of liberalisation. The past few years though have witnessed several companies clamouring to disinvest in the nation and come back to India.

Given reveries of untapped potential in Africa, India has taken the role of the 'provider'. The India- Africa relation is based on outsourcing funds to build infrastructure within the continent to enable it to become self sufficient in primary and secondary sectors while enhancing exports and imports from within the country. The India- Africa trade story is also scattered with examples of enthusiastic yet ill prepared companies which have faced several problems, often ending in bankruptcy after setting shop in Africa.

Bharti's recent disinvestment is just one example. Another company, Karuturi Global, which acquired 100,000 acres of land in Ethiopia in a bid to become the biggest producer of food in the world, met with a similar fate as it ended up almost bankrupt. A major reason the company could not survive was a hurried agreement with the Ethiopian government which did not flesh out the terms of control or relocation of peasants on the land given to the company by the government. Neither government have laid down ground work regarding relocation and navigation for private entities to survive in the untapped market.

Essar's struggle to close a $750 million deal to acquire Zimbabwe's iron and steel company (ZISCO) too is a study in ill-advised investment and political red tape. After struggling to close the deal for almost four years with the Zimbabwean government, the company had to finally withdraw. This after the deal had already furnished good faith loans to ZISCO to pay its employees. The official press release of Essar on the withdrawing of the bid reads, "Whilst both GOZ and EAHL have made significant progress towards reaching agreement on the formal closure of the transaction a significant time period has elapsed. During this time, the prevailing global iron ore and steel market conditions have deteriorated significantly. Additionally, the size of the historic liabilities at Zisco Steel, lower steel demand in Southern Africa, global oversupply and a glut of steel, with very significant steel penetration from China into the African market has resulted in a perfect storm..."

While the recent summit has addressed diplomatic as well as strategic relations between the countries, a wide gap still remains in understanding the trade agreements as well as navigation through political and economic situations at both ends. Tax laws too remain largely unaddressed as data suggests that more than 90 per cent of the $50 billion invested by India in Africa has been in Mauritius, a well known tax haven for Indian companies. This raises a larger issue of round tripping of funds by companies through Mauritius thus evading taxes.

The instances of withdrawing of funds by such big companies suggest a deeper problem that has not been addressed by the previous diplomatic talks. Adding to the problem is the deteriorating economic conditions along with commodity prices hitting an all-time low with slowing demand. This sentiment has been mirrored by the India Africa Business Council which stated that they appreciated the continued momentum of India Africa trade agreements despite the difficult global conditions.

While a clear trend can be seen in the way private firms react to the inter country trade relations, it is also important to note that the situation can be turned around in favour of India. Dr Ram Upendra Das?, ?Professor, Research and Information System for Developing Countries (RIS), sees the current global slowdown in trade as an opportunity for increasing investments instead of a deterrent. "Africa is rich in commodities and the global slowdown in the developed world has presented India an opportunity to enhance trading," he says. He does show scepticism in the form of trading between the countries, calling it asymmetrical. "Africa is import dependent and most value-added goods used by the country come from India. Most of Africa's exports include raw material."

The potential for trade development between the nations is no doubt massive. It thus becomes imperative that on ground problems such as acquisition and lax laws are addressed by the nations before rushing into a further trade influx.