The tent was erected next to the main entrance of the rally venue to shelter people from the rain. 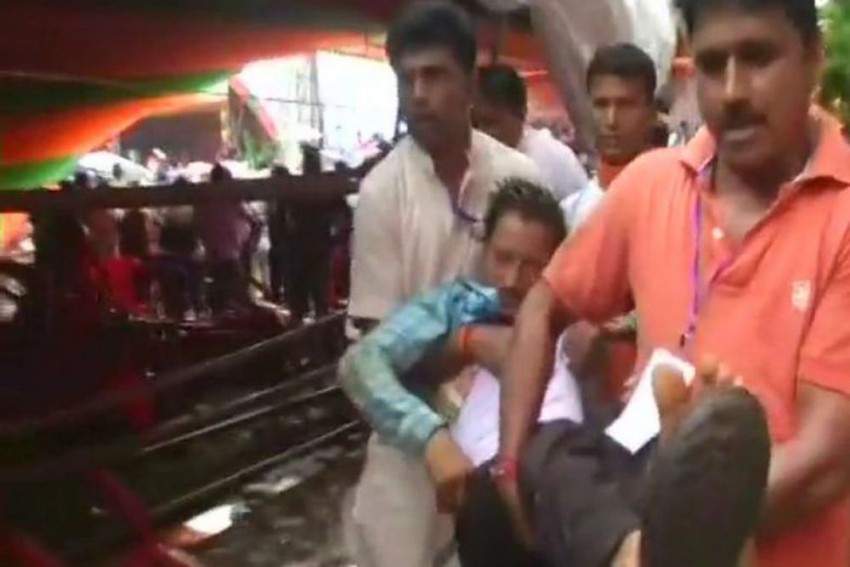 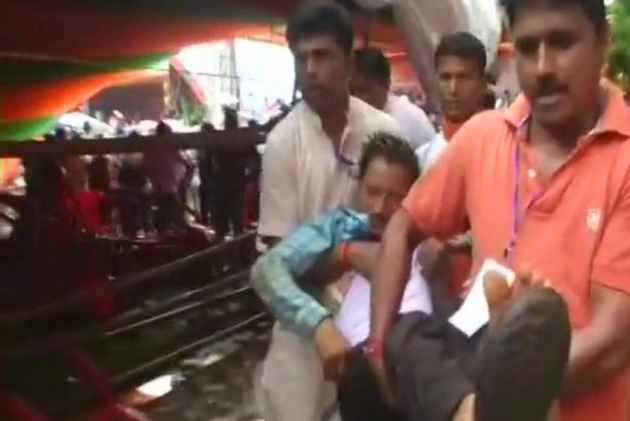 The tent was erected next to the main entrance of the rally venue to shelter people from the rain. State BJP president Dilip Ghosh said 24 people were injured in the incident.

Many enthusiastic BJP supporters had climbed the makeshift marquee during the rally. Modi -- who visited the hospital later -- briefly stopped his speech and was heard repeatedly asking them to get down, officials said.

#WATCH Moments after a portion of tent in PM Narendra Modi’s rally in Midnapore collapsed during his speech today. PM later met the injured in hospital. #WestBengal pic.twitter.com/NjvFY7d6Ay

Giving details of the incident, eyewitnesses added that some people clambered on top of the marquee, which was covered with tarpaulin. The structure could not withstand the weight of the people and collapsed, leading to several in the gathering, including women, being injured, they said.

According to officials, the prime minister saw the tent collapsing while he was in the middle of his speech. He immediately instructed special protection group (SPG) personnel standing near him to look after the people and attend to the injured.

The local BJP unit as well as Modi's personal staff, including his doctor and SPG personnel, swung into action to help the injured, officials said.

A BJP functionary said the injured were taken to hospital by the ambulance in the PM's convoy.

Most of the injured were admitted to hospital, an official said, adding that their number could rise.

#WATCH A portion of tent in PM Narendra Modi’s rally in Midnapore collapsed during his speech today. PM instructed the SPG personnel to look after the people and attend to the injured. PM later met those injured, in hospital. #WestBengal pic.twitter.com/yb1CFQaSSc

After addressing the rally, the PM went to the hospital and spoke to some of the injured.

A woman who was injured asked for an autograph when the prime minister visited the hospital and he happily obliged, officials said.

Continuing his speech after the tent collapse, Modi complimented the people in the rally for showing discipline and helping out the injured.

"Even after the tent collapsed, the people present there helped others. No one fled. They maintained discipline."

Chief Minister Mamata Banerjee said that the state government would provide all medical assistance to those injured in the rally.

"We pray for the speedy recovery of all those injured at the Midnapore rally today. The government is giving all help for medical treatment," Banerjee wrote on her Twitter handle.