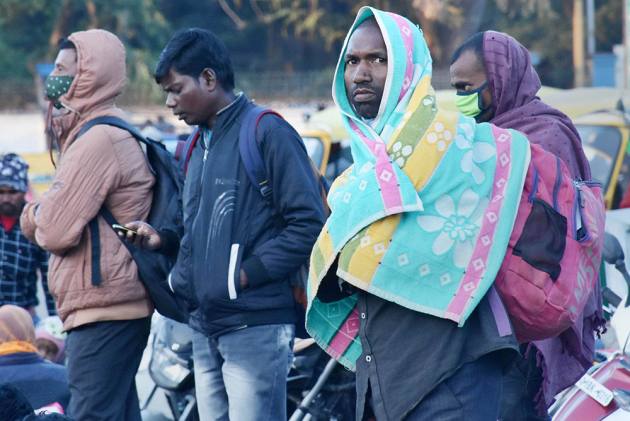 Severe cold wave conditions are likely to grip parts of Odisha over the next two-three days as the mercury further dipped in the state on Tuesday with hilly Daringbadi recording a temperature of 3.5 degrees Celsius, the weather office said. Bhubaneswar recorded the third lowest December temperature in the last 10 years at 10 degrees Celsius, which was 5.2 notches below normal, it said.

A cold day is declared if the maximum temperature is at least 4.5 degrees Celsius below the normal in places where the minimum is less than or equal to 10 degrees Celsius. Under the influence of the northwesterly dry and cold winds, cold wave, severe cold wave and cold-day conditions are very likely in several districts during the next two-three days, the weather office said. The minimum temperature will be below normal by 5-6 degrees at several places in western and southern Odisha, and by 4 -5 degrees across coastal Odisha during the next three days, it said.

It issued an orange alert, of cold to severe cold wave conditions, for some places in Sundargarh, Jharsuguda, Mayurbhanj, Kalahandi, Bolangir, Sonepur and Boudh districts. A yellow warning of cold wave conditions has been set for several areas in 19 districts, including Khurda, Cuttack, Puri, Sambalpur and Balasore. Cold day will prevail at a few places in Khurda, Balasore, Bhadrak, Mayurbhanj, Keonjhar, Kandhamal, and Kalahandi districts.

In a letter to all the collectors, the Special Relief Commissioner (SRC) said the districts facing intense cold warning should ask people to stay indoors during the night. Movement during night, especially on two-wheelers or in open cars, must be avoided. All government buildings, including schools and community halls, should remain open for use as night shelters by the homeless and the needy people, the letter said. Necessary public awareness campaigns may also be made on do's and don'ts to protect people and livestock from cold waves, it added.