Shashi Tharoor's 'Why I Am A Hindu' To Be Made As Web Series, Sheetal Talwar To Be Its Showrunner

The book is a repudiation of Hindu nationalism, and its rise in Indian society, which relied upon an interpretation of the religion which was markedly different from the one with which he has grown up, practiced and had studied. 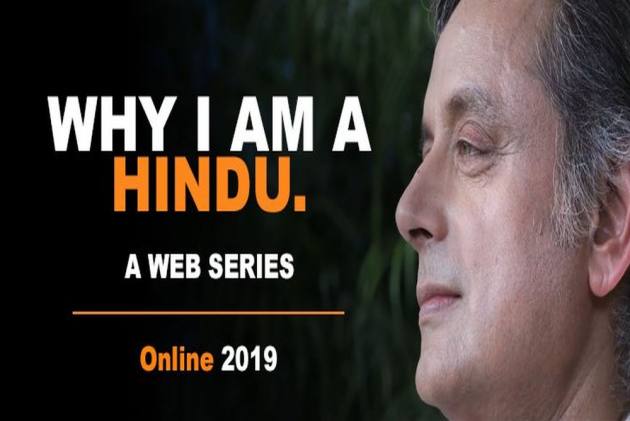 Politician and author Shashi Tharoor's book "Why I Am A Hindu" will be made into a web series with National Award-winning producer Sheetal Talwar as showrunner. The Congress MP will also narrate it.

Taking head-on the current misinterpretation and misappropriation of Hinduism, Tharoor's book is about the history of Hinduism and its core tenets, as well as socio-cultural developments in India that relate to Hinduism and his own religious convictions.

The book is a repudiation of Hindu nationalism, and its rise in Indian society, which relied upon an interpretation of the religion which was markedly different from the one with which he has grown up, practiced and had studied.

On its adaptation, Tharoor said in a statement to IANS: "In any time and era, an adaptation of this book into film would be relevant, but in the current political, social and cultural environment it is imperative that the message of true Hinduism - the Hinduism of acceptance reach the widest audience possible."

"I am glad that Sheetal and I - who share a similar belief system - are collaborating on this effort," he added.

Talwar, who will be seen producing in India after nearly 7 years, says when she gave "Why Am I A Hindu" a read, it shook him.

"I was ashamed that as someone whose profession is to voice, I had not raised my voice and done nothing while the inherent integrity of our pluralism was being threatened.

"After 'Dharm' and 'Rann', it is after years that I have been so excited about a subject. I am glad that I could convince Shashi to not only make this into a web series, but also offer his time as a narrator to the series."

The series will headline numerous known filmmakers film an episode each. It is set to be made in various Indian languages and will be released in the first quarter of 2019, the statement read.