Author Andrew Whitehead says If you take Stalin’s constitution on one hand and New Kashmir Manifesto on the other hand, we would call it cut and paste job. It is a quiet ahead of time document. 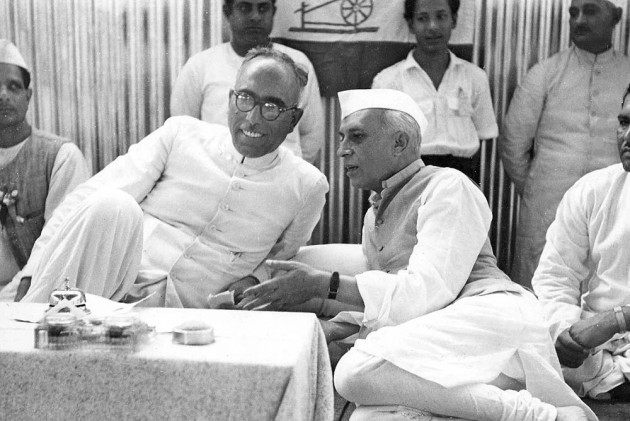 CONTRARY to legendary Kashmiri leader, Sheikh Mohammad Abdullah’s assertion that New Kashmir Manifesto presented by him to then autocratic ruler of the State, Maharaja Hari Singh in 1944, was a socialist and revolutionary document, prominent journalist and author Andrew Whitehead, has described it as a Communist document.

“New Kashmir”, Whitehead said, “is very radical document, it is very pro-women, it calls for universal franchise, freedom of expression, freedom of press, land to the tiller, state ownership of the industry, ending agrarian debt, ability of women to work in all trades and professions. It is a quiet ahead of time document”, he said.

“Where did it come from”, Whitehead asked in his talk, Kashmir 1947-1953, at the School of Central Asia Studies, University of Kashmir, Thursday, and then came up with an elaborate response.

In contemporary India, in 1937, he said, B. P. L Bedi -- actor Kabir Bedi’s father -- had published Stalin’s new constitution to the Soviet Union. “Bedi had also published Stalin’s speech commending it, 40 pages in total. If you take Stalin’s constitution on one hand and you take New Kashmir Manifesto on the other hand, we would call it cut and paste job. In some cases full paragraphs have been simply copied. This is where these ideas came from”, he said.
“Perceived wisdom is B.P.L Bedi, not by himself but him as major person, wrote new Kashmir document”, he said.

Whitehead said he spoke to veteran Communist leader, P.N Jalali ten years ago and asked him whether B.P.L Bedi, who was close associate of Sheikh Abdullah, wrote New Kashmir document.“Jalali said, yes, but there was not much writing to be done. Because you see it was lifted from soviet publications.”

Whitehead, a former BBC journalist, is working on a biography of Freda Bedi. Freda was married to B. P. L Bedi. She was the first Oxford woman undergraduate to get engaged to an Indian undergraduate at Oxford in 1934. Theirs was first inter-racial marriage among the Oxford undergraduates. In Kashmir, she was associated with National Conference.
Whitehead strongly defended New Kashmir Manifesto despite it being copied from Soviet publications. He said it was but natural for the communists that time to look to Moscow for an inspiration. “This was not any way a disgrace.”

“When I am saying that is where New Kashmir document came from, I am not, in any sense, diminishing the importance of the document. Every document has its genesis somewhere. But I think it is remarkable that New Kashmir is a Communist document. Sheikh Abdullah described it as socialist document, he described it as revolutionary document, I am saying more than that. It is a Communist document. Again I say that in descriptive terms not making any value judgment at all”, the author said.

He asked the University scholars and students that if they haven’t read New Kashmir manifesto, they must. “It is only 44 pages. It is the most remarkable political document…At a time when very few political parties anywhere in the world devise detailed manifestos, it was a manifesto, it was a draft constitution and it was a draft economic plan.”
Later talking about 1953 and arrest of Sheikh Mohammad Abdullah, the author said, Sheikh Abdullah, whom he described as a Kashmiri nationalist, was a charismatic leader but he was not a wise politician.

“He was certainly having conversation with diplomats and diplomats were reporting this to the capitals that how independence would be a good idea with American support and British support. He was giving interviews to visiting journalists, talking about independence and that go back quickly to Nehru’s office and that made the government very nervous.”
Eventually, the then Prime Minister of India Jawaharlal Nehru  said that he was persuaded that Sheikh Abdullah was leading Kashmir out of Indian union, not necessarily into Pakistan but out of the Indian union.

“Nehru was a remarkable figure but locking of Sheikh Abdullah and dismissing a communist government in Kerala, were probably two biggest mistakes”, he said.
The author said 1953 started off as a habit of India to weaken institutions and parties in Kashmir. “So nobody could thrive in Kashmir’s political life without having India’s stamp of approval. Now the trouble is you cannot reinvent a political movement. People now think negatively of him (Sheikh). That sense of him as national icon to Kashmiris has gone… He was heroic figure, a brave man, he was really towering figure, but more as a mobilizers of people than as a politician or as statesman”, Whitehead said.