He spent 15 days in custody on allegations of theft, misappropriation of property, cheating and evidence tampering. 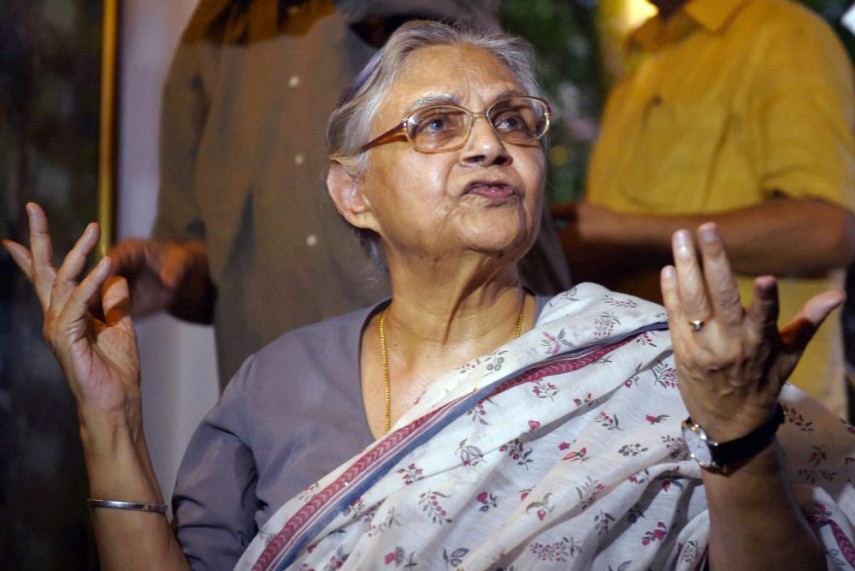 A court in New Delhi granted bail to Syed Mohammad Imran, son-in-law of former Delhi chief minister Sheila Dikshit, on Thursday after a total 15 days of custody on allegations of theft, misappropriation of property, cheating and evidence tampering. Imran’s lawyers had argued against the allegations saying that the case was a matrimonial dispute, given a different colour to subvert the Supreme Court’s guidelines on dealing with matrimonial dispute cases.

Following two days of arguments, the court of Deepak Garg, special judge, granted the bail to Imran, an architect by profession, after a lower court had refused him bail on November 18. Imran had been arrested from Bangalore on November 10 and was brought to Delhi on a transit remand of four days. On November 15, he had been remanded to two days police custody and was in judicial custody thereafter.

The court has set the bail bond at Rs 2,00,000. The court noted that Imran had no criminal antecedents and did not apprehend that he would tamper with evidence or the witnesses.

The court has also given relief to a co-accused, who is presently traveling outside the country and was not held in custody. The defence lawyers apprehend that the complainant or the prosecution will move the Delhi High Court for cancellation of bail and plan to file a caveat.

Latika Dikshit Syed, daughter and former Delhi CM’s daughter, had filed a complaint with the Barakhamba Road police station on June 22, 2016. The police lodged an FIR based on her complaint on August 8, 2016.

In her complaint, Latika Dikshit had outlined the trouble in her marriage with Imran since 2014 alleging that he had had an adulterous affair with the ex-wife of a family friend and assaulted her physically. She had alleged in her report that Imran had tried to choke her to death once in 2014 and also around May 2016.

In the complaint Latika Dikshit had urged it to be a case of cheating and misappropriation of property. She had claimed that Imran had also removed her personal belongings, destroyed information on her personal computer and taken away original property papers. In the complain, Latika Dikshit also mentions that she had recovered some of the missing items including the allegedly stolen property papers from Imran’s rented office-cum-residence, located in a flat in the Commonwealth Games Village.

The police had accordingly added such sections of the law and domestic violence laws and laws relating to matrimonial dispute cases were left out of the FIR. The police pressed an attempt to murder allegation (under section 307 of the Indian Penal Code) after the case had moved to court.

Imran’s legal defence team comprising advocates Prosenjeet Banerjee and Dinkar Singh had argued that this was a matrimonial dispute case and that Imran was bearing the brunt of his in-laws being a powerful and influential family.

They had told the court that the Supreme Court has issued a number of guidelines to the police for the procedure to be followed in matrimonial dispute cases after noting wide misuse of matrimonial dispute laws such as Section 498A of the IPC and others.

Under these guidelines, Banerjee pointed out, the police should have served Imran with a notice under section 41 of the Criminal Procedure Code. He also argued that moving items from one house to another did not amount to theft.

Dikshit’s counsel Mahmood Pracha and the prosecutor argued that a domestic help who works in Imran and Latika’s home had given a statement to the police that Imran had assaulted Latika to corroborate the attempt to murder allegations on him.

The defence team had also pointed out that police had made an arrest almost five months after the complaint had been made. They pointed out that Imran was based in Delhi but also frequently traveled to Bangalore for work and had been in Delhi just days before the arrest. They said that he was the only amongst his four siblings living close to their aged parents and that Imran’s mother has stage three cancer. The lawyers provided medical records to the court on November 23.

The prosecutor and investigating officer however told the court that Imran had not cooperated with the investigation till the time of the arrest and that during custody they had been able to recover items which Imran had allegedly stolen from his wife.

Latika Dikshit had alleged that Imran also harassed her for money and that their relationship had deteriorated after mother Sheila Dikshit lost the Delhi state assembly elections in 2014. Imran’s lawyer Dinkar Singh told Outlook that Imran was one of the top architects in the country of his own standing, worked with some of the biggest developers in the country and had income tax returns in crores of rupees.

The woman with whom Imran allegedly has an affair was made a co-accused in the FIR but has been traveling for some time. Her lawyer told the court that she was being unnecessarily dragged into the controversy as a co-conspirator without sufficient proof only on the basis of alleged hearsay. The police claimed that this woman was not cooperating with the investigation.

The accused woman’s lawyer told the court that she would participate in the investigation and would continue to respond to the police through email and phone. He said that she would also appear in person once she would be back in the country. The court has given her relief that amounts to anticipatory bail while directing her to cooperate fully with the investigation.