Kartikey, the Madhya Pradesh CM's son, has accused Gandhi of intentionally making false allegations about his name being in the 'Panama Papers' of alleged tax evaders 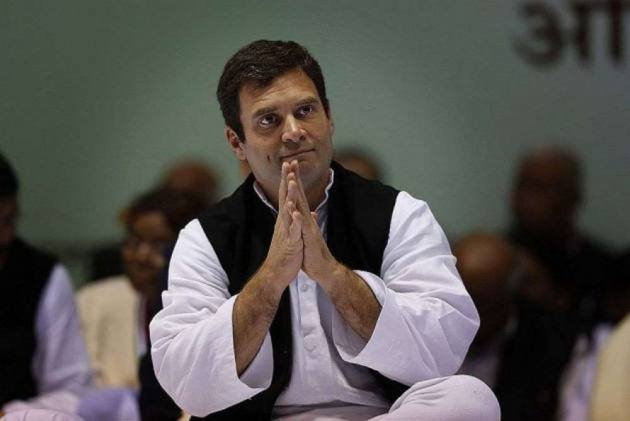 In the suit filed in the Special Court of Additional District Judge (ADJ) Suresh Singh through his lawyer Shirish Shrivastava, Kartikey Chouhan has alleged that Gandhi intentionally gave the statement to defame him.

The court has posted the matter for November 3 when Kartikey's statement will be recorded.

In a midnight tweet, the Madhya Pradesh CM had said he would take criminal action for maximum damages against Gandhi.

"@RahulGandhi You have been making patently false allegations of Vyapam to Panama Papers against me and my family. Tomorrow, I am filing a criminal defamation suit for maximum damages against you for frivolous and mala fide statements. Let the law take its own course now," the Chief Minister wrote on Twitter.

Mr @RahulGandhi
You have been making patently false allegations of Vyapam to Panama Papers against me and my family.

Tomorrow, I am filing a criminal defamation suit for maximum damages against you for frivolous and malafide statements.

The Panama papers refer to 11.5 million leaked documents published by the International Consortium of Investigative Journalists in 2016 with details of offshore entities set up by a Panama-based legal firm. The list included several Indian individuals and entities, many of whom are facing investigation.

Addressing a rally in Jhabua district of poll-bound Madhya Pradesh on Monday, Gandhi had alleged n the name of the son of 'mamaji' had figured in the Panama Papers but no action was taken against him. Chief Minister Chouhan is often referred to as 'mamaji', though Gandhi did not specifically name him.

Hours after Gandhi's allegations, Kartikey Chouhan had rejected the allegations.

"Rahul Gandhi has made a false allegation of my involvement in Panama Papers. I am aggrieved as the image of mine and my family were damaged in a childish manner," he had said, while warning of "strict legal action" if the Congress leader did not apologise within 48 hours.

Kartikey's counsel said Gandhi's statement was intended to defame Chouhan and his family as the Congress has failed to make a dent in the popularity of the chief minister.

"Now they are levelling allegations against his family and children. It was a clear cut intention. It was a well-planned statement," Shrivastava said.