'Shoals Of Quarks And Atomic Nuclei' 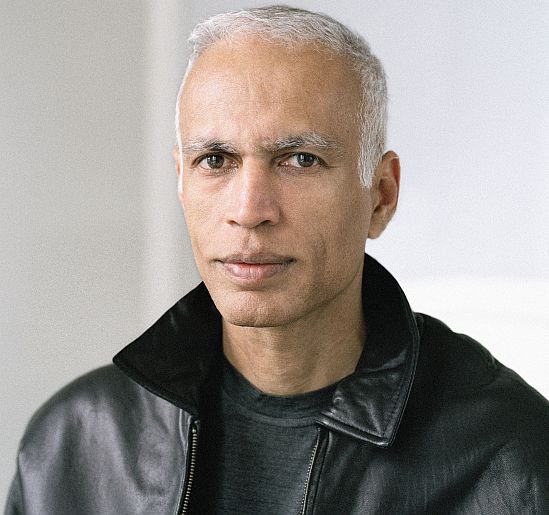 Surely supernovas explode that instant, somewhere, in some galaxy. The hut vanishes, and with it the sea and the sands – only Karun’s body, locked with mine, remains. We streak like superheroes past suns and solar systems, we dive through shoals of quarks and atomic nuclei. In celebration of our breakthrough fourth star, statisticians the world over rejoice.

– The City of Devi by Manil Suri

The above passage from Manil Suri's The City of Devi won him the 21st Literary Review Bad Sex in Fiction Award, what is often called the year's most dreaded literary award, for the most embarrassing passage of sexual description in a novel.

Since Suri was unable to attend the ceremony attended by 400 guests at the usual venue for the annual event, the Naval and Military Club in London, generally known as the In & Out, the award was received on his behalf by a representative of his publishers, Bloomsbury.

Joan Collins, perhaps one of the most inexplicable exclusions from the list of 21 winners, handed over the award. "If you really want to read some bad sex, buy my book," she said.

She was called to the stage to present the award by Alexander Waugh, scion of Waughs Evelyn and Auberon, who, after pointing out that "sex is basically wordless," wondered if it should " be pornographic or voyeuristic." To get around problem of words, unfortunately writers head towards metaphor, he said.

Michael Fishwick, Suri's editor, who accepted the award on his behalf, exhorted those present to take the award-winning book to bed:

"In accepting this award we challenge everyone to make up their own mind about Manil Suri's The City of Devi. As Tolstoy said in Anna Karenina, 'There are as many kinds of love as there are hearts.'

"Take The City of Devi home to bed with you tonight and discover sex scenes that the TLS praised as 'unfettered, quirky, beautiful, tragic and wildly experimental', written by an author who, according to the Wall Street Journal: 'captures the insecurity, the curiosity and even the comedy of those vulnerable moments.' As Jane Austen observed: 'One half of the world cannot understand the pleasures of the other.'"3

Born in Bombay (now Mumbai), Suri is a professor of mathematics and affiliate professor of Asian studies at the University of Maryland, Baltimore County. His website says that Suri "is a citizen of both the United States and India."  The City of Devi is Suri's third novel, following The Death of Vishnu and The Age of Shiva.

Winner of the WH Smith First Novel Award (UK), and Named as a “Person to Watch” in 2000 by Time Magazine, Suri has been longlisted for the Booker Prize in the past.

Suri had close competition from other contenders, and the judges particularly seemed taken-in by Eric Reinhardt’s The Victoria System ("The zip of her skirt sputtered between her fingernails like a motorboat on a waveless sea … My erection beat time in my underwear") from the shortlist which also included:

Read the excerpts from all the short-listed books here

Anirudha Bahal had won the award in 2003 for his debut novel Bunker 13. Tarun Tejpal had been shortlisted in 2005 for his first debut novel The Alchemy of Desire.