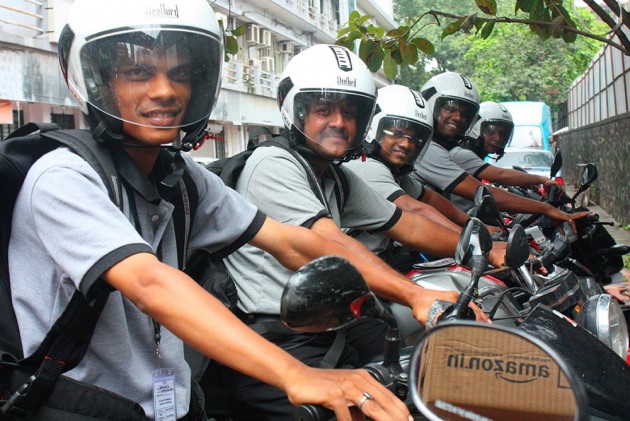 India's exuberant e-commerce industry was recently hit by a known unknown, or an existing risk that had been left unattended. Delivery boys associated with two or three companies stopped working, demanding better working conditions — such as toilets in offices or a motorcycle maintenance allowance — and better pay.

This not only led to a predictable pile-up of delivery packages but also focused attention on an industry that's in news for conflicting reasons: soaring valuations and rapidly multiplying wealth of the founders counteracted by absence of regulatory oversight leading to dodgy governance structures and business practices.

What's interesting is that the strike — the delivery boys were organised under the banner of Raj Thackeray's Maharashtra Navnirman Sena banner — came soon after government officials finished separate consultations with industry representatives and state governments on whether to revise the existing rules on foreign direct investment (FDI) in e-commerce. The government was, of course, nudged into this stakeholder consultation process by the Delhi High Court. The states are expected to submit their views to the Centre soon.

There is no evidence to suggest that the strike was related to, or timed to coincide with, the government's rounding up of opinions on retail FDI. But, given the close procession of events, it does pivot public gaze towards the government's anomalous policy on FDI in retail, as well as the familiar national malady of regulatory processes lagging industry development.

The government's policy on FDI in retail, like previous episodes of politically-driven policy-making, is designed to protect the welfare of a smaller political constituency over furthering the welfare of the general public, a much larger but dispersed political constituency. It has also spawned a convoluted business strategy designed to side-step regulatory barriers. Here's how.

The government's FDI policy in the retail sector is divided into four parts — single brand retail, multi-brand retail, cash-and-carry operations and e-commerce. Single-brand retail and cash-and-carry operations allow 100% FDI, though the investment freedom is circumscribed by conditions which encourage evasive action — such as, a procurement stipulation requiring compulsorily sourcing of 30% stock from Indian suppliers, or the numerous approvals mandated in the policy.

In multi-brand retail, only 51% FDI is allowed. Policy here is weighed down by formidable conditions, which seem to have been designed to deter rather than encourage investments. Provisos include a minimum investment of $100million, 50% of the investment has to be mandatorily invested in "back-end" infrastructure (defined in the policy document as "investment made towards processing, manufacturing, distribution, design improvement, quality control, packaging, logistics, storage, ware-house, agriculture market produce infrastructure etc"), obligatory 30% procurement conditions, geographical and locational restrictions.

The device is simple: they have created what is known as the "marketplace" model under which e-commerce sites use technology to drive a transaction platform that matches buyers and sellers. These sites, therefore, are only technology platforms and not necessarily, or technically, e-commerce sites selling to retail customers. This is slightly disingenuous: it allows e-commerce promoters to invite large sums of foreign capital while carrying on the business of multi-brand retail through the internet.

The marketplace model is in contrast to the "inventory" model under which the e-commerce promoter buys all the goods, stocks them and then eventually sells them to the retail customer. There are obvious costs involved in this business structure, making it disadvantageous when compared with the marketplace model.

What's bizarre is that the government's policy architecture has been directly responsible for spawning this perplexing workaround. The desire to protect a vocal political constituency — the traditional corner shops — has forced the government to create artificial divisions in the retail trade (between single-brand and multi-brand) and simultaneously lump two markedly distinctive trade practices (multi-brand and e-commerce) into the same category. The resultant confusion and marketplace distortion is now all too visible.

This skewed policy framework has another direct outcome — regulatory gaps. It is indeed ironic that despite a vocal policy environment — dominated by the strident and misguided debate on FDI — a regulatory structure for safeguarding consumer rights in e-commerce has been delegated to the sidelines. Stories about leading e-commerce companies disregarding consumer fulfillment promises with impunity have been rising due to lack of a regulatory structure.

It is now self-evident that the executive has to sort out the knotted strands of retail FDI policy before the judiciary steps in — as has happened in many other cases — and genuine e-commerce becomes a casualty of the egregious policy tangle. Unfortunately, public policy history in India is replete with stories of how the need to gratify niche vote-banks has eclipsed decisions that could benefit public at large. This government now has an electoral imprimatur to correct this historical aberration.